Makers of the upcoming action thriller film ‘Vikram Vedha’ unveiled the official trailer, on Thursday and it’s got everything that one could expect. The almost three minutes trailer has been garnering incredible love and appreciation amongst the screaming and whistling fans from across cities and on social media. 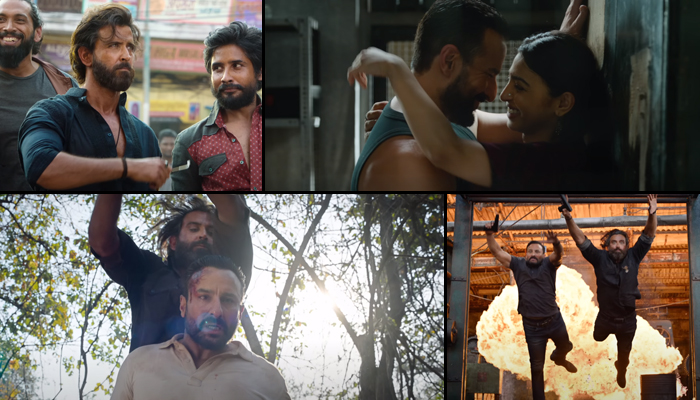 Vikram Vedha stars Saif Ali Khan and Hrithik Roshan in the titular roles of Vikram & Vedha respectively. While Saif Ali Khan is seen bringing to life the character of a straight-shooting cop as Vikram, Hrithik Roshan strikes with shock and awe by playing a menacing gangster, Vedha.

It is an action-thriller written & directed by Pushkar-Gayatri. The story of Vikram Vedha is full of twists and turns, as a tough cop Vikram (Saif Ali Khan) sets out to track and chase a dreaded gangster Vedha (Hrithik Roshan). What unfolds is a cat-and-mouse chase, where Vedha – a master storyteller helps Vikram peel back layers through a series of stories leading to thought-provoking moral ambiguities.

The upcoming film is presented by Gulshan Kumar, T-Series and Reliance Entertainment in association with Friday Filmworks & Jio Studios and a YNOT Studios Production. The film is directed by Pushkar & Gayatri and produced by Bhushan Kumar, S. Sashikanth and Reliance Entertainment. Vikram Vedha will hit the big screens globally on 30th September 2022.