Vikram Vedha, directed by Pushkar & Gayatri and starring Hrithik Roshan and Saif Ali Khan in lead roles, and Radhika Apte playing a significant role, is all set for the theatrical release. Ahead of the full trailer unveiling, the makers have dropped the first intriguing teaser and it is everything you hoped for. 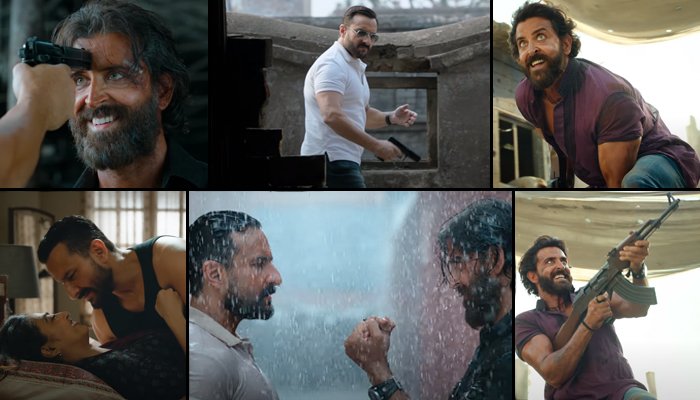 It has thrill, chills, and a lot of action. “एक कहानी सुनाएँ? #VikramVedhaTeaser OUT NOW #VikramVedha releasing in cinemas worldwide on 30th September 2022,” Hrithik wrote on Twitter.

Vikram Vedha based on the Indian folktale, Vikram aur Betal, is an edge-of-the-seat action crime thriller that tells the story of a tough police officer who sets out to track down and hunt a menacing gangster. The film is undoubtedly one of the most anticipated movies as it marks the return of two superstars collaborating in a high-octane action film after two decades.

Vikram Vedha is presented by Gulshan Kumar, T-Series Films, and Reliance Entertainment in association with Friday Filmworks and YNOT Studios. The film is directed by Pushkar & Gayatri and produced by S. Sashikanth and produced by Bhushan Kumar.