Having portrayed several memorable characters in her prolific film journey, Vidya Balan is set to surprise the audience and we especially her fans with yet another interesting role of Shakuntala Devi in filmmaker Anu Menon’s highly-anticipated movie, Shakuntala Devi – Human Computer! 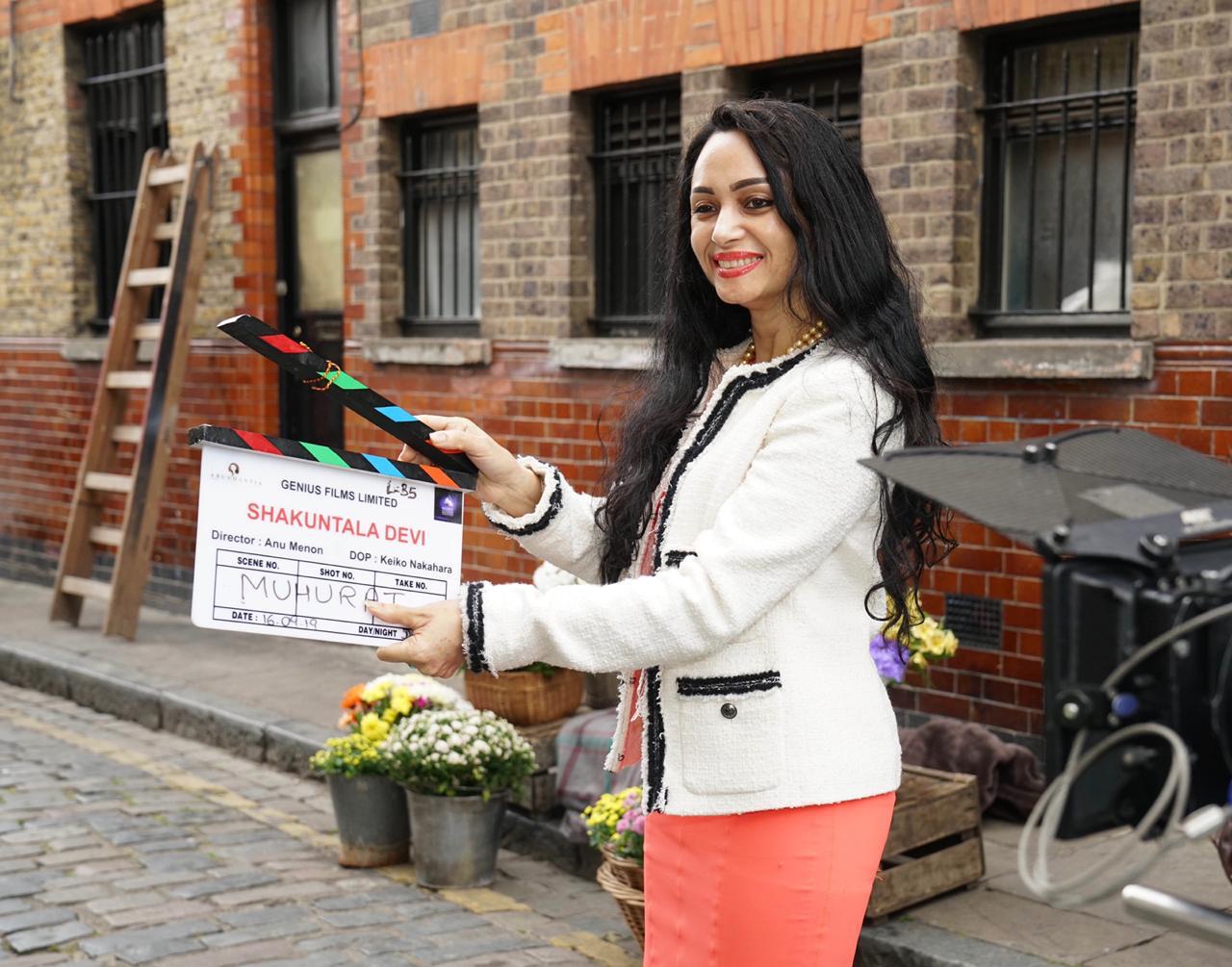 The first teaser featuring Vidya Balan received humongous response from the audience who couldn’t stop raving about her exciting never-seen-before avatar. Interestingly, the movie that went on floors in London recently had a special visitor on the set. It was none other than Shakuntala Devi’s daughter Anupama Banerji, who gave the mahurat clap for the movie.

Anupama, who stays in London, was thrilled to see Vidya in her late mother Shakuntala Devi’s look and got quite emotional. She praised Vidya for pulling off her character look so well that it instantly reminded her of her mother. Anupama was accompanied by her husband, Ajay Abhay Kumar, and daughter Naina.

For those who are not aware about Shakuntala Devi, she took the world by storm with her talent of making incredibly swift calculations from a very young age. Despite no formal education, she made a name for herself globally as a ‘math genius’.

Her great mathematical skills even find a mention in the Guinness Book of World Records. Produced by Sony Pictures Networks Productions and Vikram Malhotra and directed by Anu Menon, Shakuntala Devi will see a worldwide release in the summer of 2020.

‘Both money and fame are an illusion,’ Filmmaker Mukul Deora speaks about art-culture