Varun Dhawan has been roped in to play Arun Khetarpal, the youngest recipient of Param Vir Chakra, in a film directed by Sriram Raghavan and produced by Dinesh Vijan. The trio will reunite after the 2015 thriller Badlapur. 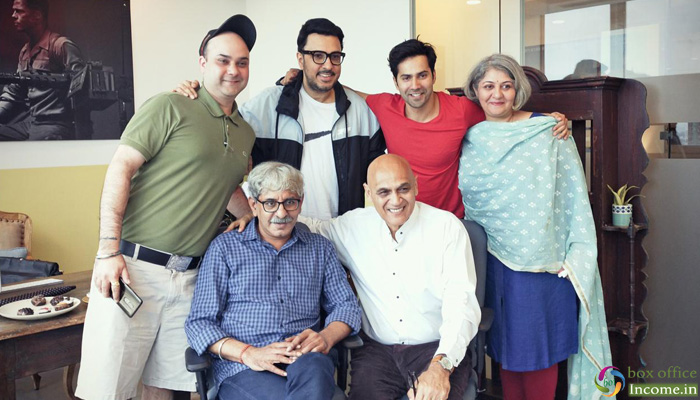 For the uninitiated, Arun Khetarpal, the 21-year-old soldier, is remembered for showing commendable courage during wartime. Khetarpal was honoured with the Param Vir Chakra posthumously and became the youngest recipient of India’s highest military decoration.

Second Lieutenant Arun Khetarpal, PVC (14 October 1950 – 16 December 1971) born in Pune, Maharashtra, was an officer of the Indian Army and a posthumous recipient of the Param Vir Chakra, India’s highest military decoration for valour in face of the enemy. He was killed in action in the Battle of Basantar in the Battlefield of Shakargarh during the Indo-Pakistan War of 1971.

Varun Dhawan quoted, “When I met Arun’s brother Mukesh, I was moved. I too have a brother and I can’t understand what he must have gone through. And it’s our responsibility to tell it correctly. This is the most important film of my career and I’m excited to start work with Sriram again. I hope all Indians will feel as proud when they see our story unfold on screen.”

Varun was last seen in Kalank alongside Alia Bhatt, Sonakshi Sinha, Sanjay Dutt, Aditya Roy Kapur and Madhuri Dixit. His other upcoming projects include the Coolie No 1 remake featuring Sara Ali Khan as the female lead, as well as Street Dancer with Shraddha Kapoor..