More than a month back released action drama Uri The Surgical Strike has completed it’s 5 weeks journey on an excellent note and still has some power left to add little more business to it’s account. Directed by Aditya Dhar, the movie received positive remarks from most of the viewers and as a result showed solid performance at box office. 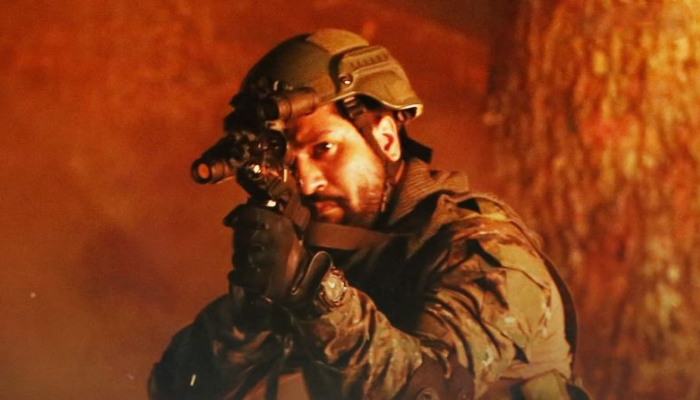 Starring Vicky Kaushal, Paresh Rawal, Mohit Raina, and Yami Gautam in lead, Uri The Surgical Strike took a solid start and registered the excellent business of total 71.26 crores in the opening week by remaining strong throughout. In the second, third and fourth week, it raked the business of 62.77 crores, 37.02 crores, and 29.36 crores respectively with a maintained momentum.

And raised it’s 5 weeks total collection to 200.41 crores  In its fifth weekend as well, Uri The Surgical Strike showed good performance and did the business of 12.50 crores, that included 2.14 crore of 5th Friday, 4.69 crore of 5th Saturday and 5.67 crore of 5th Sunday.

Then on weekdays, RSVP Movies’ production surprisingly remained almost similar to 5th Friday and minted the amount of 1.70 crore on 5th Monday, 1.63 crore on 5th Tuesday, 1.57 crore on 5th Wednesday and 1.24 crore on 5th Thursday.

With this, the total collection of Uri The Surgical Strike after 5 weeks, has become 219.05 crores. From the new week, it will have the much awaited Gully Boy also in the opposite, which could hamper its run at the box office.