Tulsi Kumar has delivered some of the biggest hits last year. While on one hand, she had foot tapping tracks like O Saki Saki and Ankhiyon Se Goli Maare, she drove soulful renditions like Tera Ban Jaunga, Enni Soni and others with equal aplomb. It’s been a great start for her in 2020 with Lagdi Lahore Di from Street Dancer 3D and Dus Bahaane 2.0 from Baaghi 3 topping charts and getting her a lot of love from the audience. 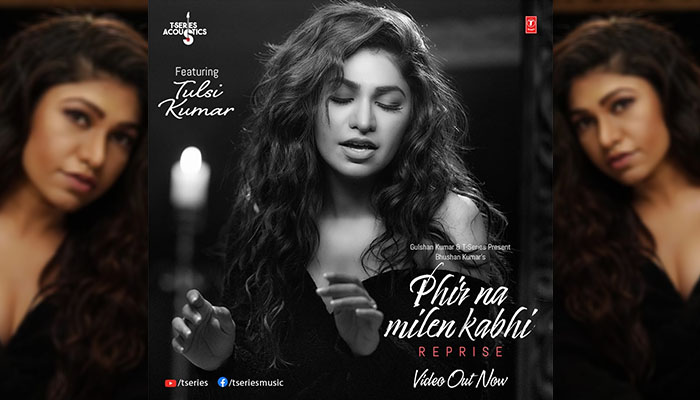 Tulsi asserts, “Honestly, when I heard the song Phir Na Milen Kabhi from Malang, I fell in love with the melody, the intensity and the lyrics. It’s a very, very beautifully written and composed song. It’s a situation that everyone has been through in their lives. I instantly connected with the song and I remember calling the composer and singer Ankit (Tiwari) and telling him the song is a beautiful composition”.

“I also told him I’ll be surprising him very soon. I had it in my mind that I want to render this song because there are certain songs you just can’t get out of your head because of the way it makes you feel. I wanted to do a cover for this one, so that’s how the idea of the reprised version came about.” she adds.

Tulsi features in the track and has beautifully emoted throughout the track. She also shares that today we are in a time when the world is going through a crisis because of the Coronavirus outbreak. She feels at such a time music can soothe the human soul and offer some calming effect. The reprise version of Phir Na Milen Kabhi, sung by Tulsi Kumar with lyrics by Prince Dubey and music produced by Bharat Goel, has been directed by Shakti Hasija and is OUT now on T-Series’ YouTube channel.