After receiving accolades for the trailer of the much-awaited movie Tuesdays and Fridays, the makers of the Taranveer Singh directorial are all set to release the first song from the movie. Written and composed by music director Tony Kakkar, Ashleel is sung by Neha Kakkar and Nakash Aziz. 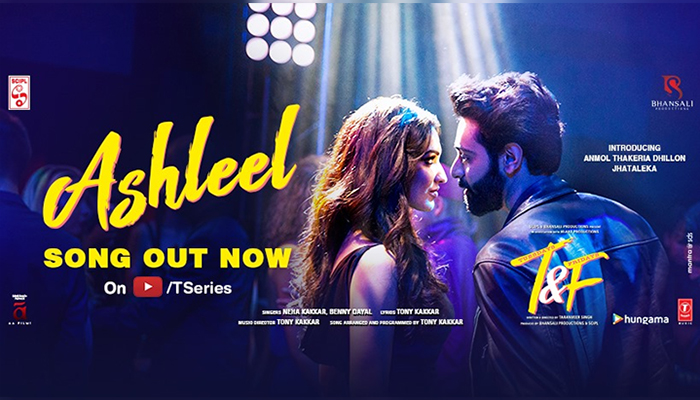 The party track sees Jhataleka’s character Sia dancing to the beats at a club with her friends, while Varun, played by Anmol Thakeriaa Dhillon, looks on. Finally, after much contemplation, he too joins the dance floor giving us a sneak peek of their incredible chemistry.

Speaking about the party track, music director Tony Kakkar shares, “The song Ashleel fits the ambience of the story perfectly. Neha and Nakash have a mischief tone to their voices that were apt to the essence of the song. The flirting and chemistry between the lead pair of Varun and Sia come through beautifully in the video.”

As soon as the trailer of Tuesdays and Fridays released, fans flooded social media by expressing their excitement about the songs. Talking about the same, Tony says, “I’m grateful to T-Series & Bhansali Productions for giving me a chance to work on a movie album that has songs for every occasion. It’ll be exciting to watch the audience share their love and admiration for the songs we have worked on as they have done for the trailer.”