Year’s one of the highly awaited films Total Dhamaal has registered outstanding business in the opening weekend despite having highly appreciated Gully Boy in opposite. As expected, the biggie took box office by storm throughout the weekend and showing superb performance in weekdays as well. 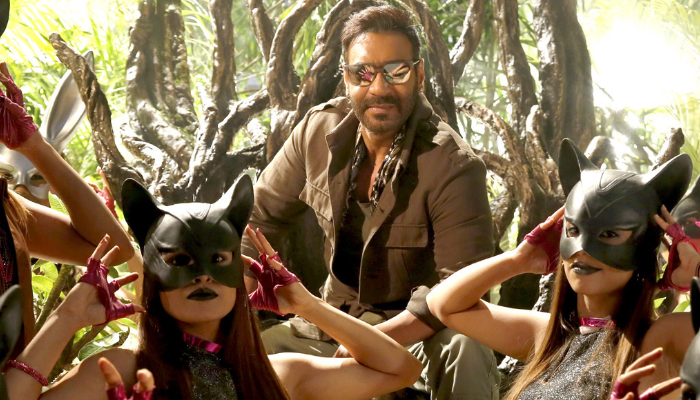 Directed by Indra Kumar, the third installment of popular adventure comedy franchise Dhamaal is being liked by audience and also received positive reviews from most of the critics. As a result it has gained good word of mouth and entered in 50 crore club in 3 days of release domestically.

On the opening day, Total Dhamaal reported remarkable performance and registered the second highest opening of the year in Bollywood with the business of 16.50 crores from around 3700 screens nationwide. With this, it has also emerged as Ajay’s third highest opener so far.

On Saturday, this adventure comedy remained strong and did the business of 20.40 crores. While on Sunday, it showed jump and bagged the amount of 25.50 crores. After the opening weekend, total collection of Total Dhamaal was recorded as 62.40 crores at domestic box office.

This multi-starrer action-thriller marked the reunion of director Milan Luthria, Ajay Devgn and Emraan Hashmi, after the cult Once Upon A Time In Mumbaai. Despite mixed reviews, Baadshaho minted a decent moolah of 43.30 crores in its opening weekend.

Now the film has been entered in weekdays and asusual showing some drop in footfalls but still stands strong. On Monday it faced 44.8% of drop than Friday and minted the amount of 9.85 crores. With this, total collection of Total Dhamaal after 4 days has become 72.25 crores.