After showing substantial growth over its third weekend, Ajay Devgn’s Total Dhamaal managed to hold well on its third Monday. Despite having several new offerings in opposite, Indra Kumar’s directorial still has enough hold over the audience. 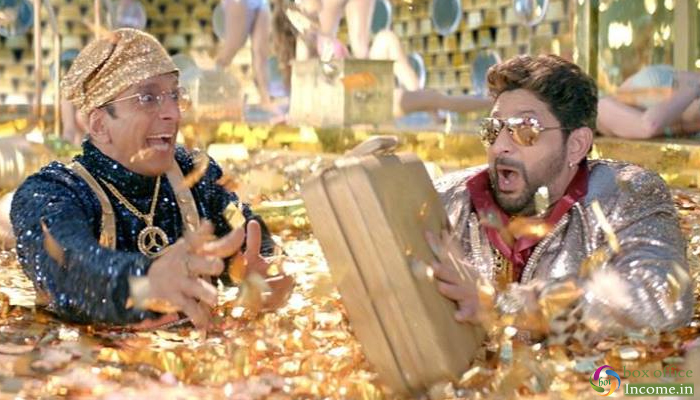 From the very first day of release, this highly awaited third installment of franchise Dhamaal is showing impressive performance and did the business of total 94.55 crores in the opening week, that included 62.40 crores of weekend and 32.15 crores of weekdays from 3700 screens across the country.

Then in the second week as well, it remained strong and registered the business of 38.05 crores with 23.22 crores of weekend and 14.83 crores of weekdays. After 2 weeks total collection of Golmaal Again was recorded as 132.60 crores at domestic box office.

Now superstar Ajay Devgn starrer this adventure comedy is running in it’s third week and cashed the weekend thoroughly. In the third weekend, the film raked the business of 8.41 crores that included 1.70 crores of Friday, 2.76 crores of Saturday and 3.95 crores of Sunday.

Once again Total Dhamaal has been entered in weekdays and asusual started getting lesser footfalls in theaters than before. On 3rd Friday, it faced around 28% of drop than Friday and minted the amount of 1.40 crore. With this, total 18 days total collection of the film has become 142.41 crores.