Indra Kumar’s Total Dhamaal is refusing to slow down at the box office. Despite facing screen crunch due to new releases of Captain Marvel and Badla, the adventure comedy has managed to remain stable in its third weekend. 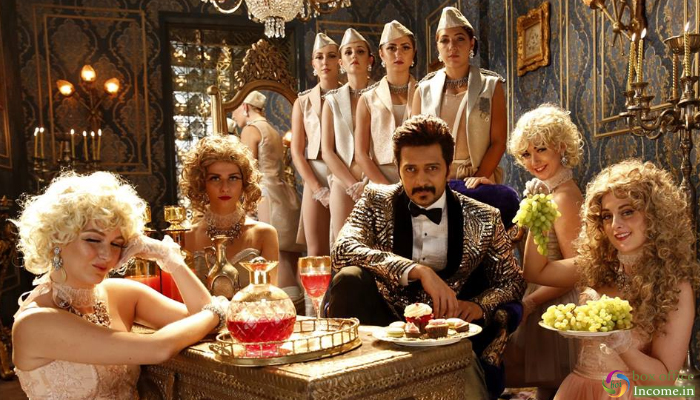 Total Dhamaal was released with huge buzz and got an outstanding opening as expected. Due to positive word of mouth, it remained strong throughout the first week and raked the business of 94.55 crores that included 62.40 crores of weekend and 32.15 crores of weekdays from 3700 screens nationwide.

Then in the second week as well, superstar Ajay Devgn starrer remained strong and did the business of 38.05 crores with 23.22 crores of weekend and 14.83 crores of weekdays. After the 2 weeks, total collection of the movie was recorded as 132.60 crores.

Now Total Dhamaal is running in the third week and has several new offerings like Luka Chuppi, Badla and Captain Marvel in opposite. Despite the clutter, it remained almost good and minted the amount of 1.70 crores on 3rd Friday with 34.62% of drop than previous day.

On the next day i.e. 3rd Saturday, it showed fair growth and added the amount of 2.76 crores to it’s account. Then on Sunday, this action comedy witnessed more growth and garnered the business of 3.95 crores. With this total collection of Total Dhamaal after 17 days of release, has become 141.01 crores at domestic box office.