Director Indra Kumar’s recent offering Total Dhamaal is not showing any sign of slowdown and heading strongly at box office across the country. From the very first of release, it is getting wonderful response and still has good hold over the audience. 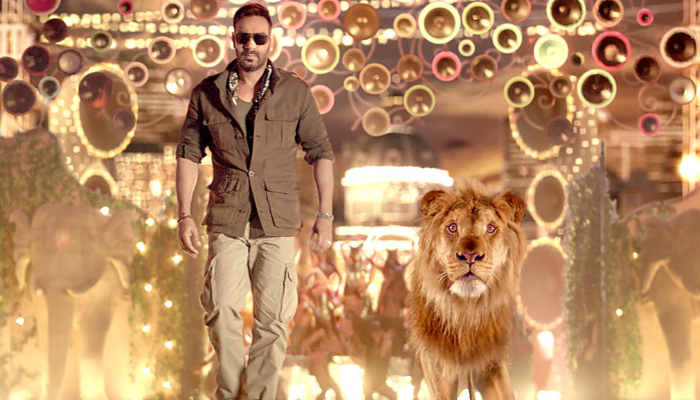 Superstar Ajay Devgn starrer this adventure comedy is the third installment of popular Indian franchise Dhamaal and was released with huge initial buzz. From critics as well as audience it got positive reviews, as a result of which the movie gained strong word of mouth and diverted major crowd toward itself.

Total Dhamaal started it’s journey on an outstanding note and remained strong throughout the opening week. It did the business of total 94.55 crores that included 62.40 crores of weekend and 32.15 crores of weekdays from 3700 screens nationwide.

In the second weekend as well, this Fox Star Studios’s presentation remained strong and raked the business of 23.22 crores, with 4.75 crores of Friday, 7.02 crores of Saturday and 11.45 crores of Sunday. After that total collection of the movie was recorded as 117.77 crores.

Now once again Total Dhamaal is running in weekdays and asusual getting lesser footfalls than before. On 2nd Monday, Total Dhamaal managed to collect the amount of 6.03 crores due to Maha Shivratri holiday. With further dip, the movie added 3.20 crores to it’s account on 2nd Tuesday.

On the next day i.e. 2nd Wednesday, Multi starrer reported the business of 23 crores and raised it’s 13 days total collection to 130 crores at domestic box office.