Singer Armaan Malik who has been going around the country promoting his latest music single has received an incredible response from his fans! In this age of digital romance where relationships fizzle out at the click of a finger, this young singer’s latest single will relate to every millennial out there. 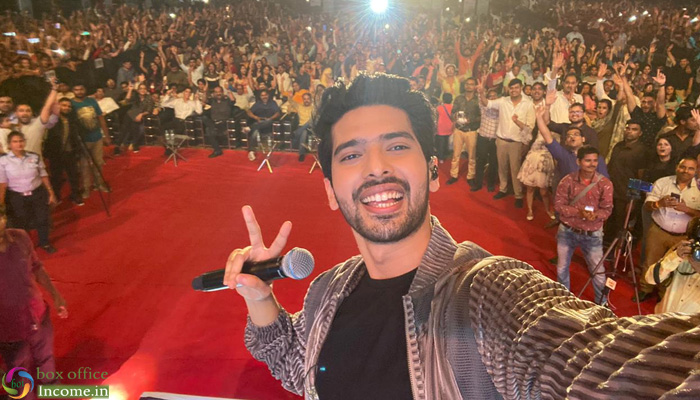 Having sung various romantic hits, this T-series produced single Tootey Khaab, composed by Songster and penned by Kunal Vermaa is Armaan’s very first heartbreak song! The song ruling the internet with more than 15 million views within just a few days of its release.

Armaan has been seen treating his fans with a live rendition of the song where ever he goes to perform. Armaan, who towards the end of the music video hops onto the Break-Up Tour bus is still visiting different cities to promoting this new song. Recently, the singer’s visit to Delhi, Mumbai and Kanpur as part of his breakup tour has been a full-house everywhere.

Overwhelmed by the response, Armaan says, “I am ecstatic at the response the song has been getting. Everywhere I go, I hear the crowds singing the lyrics of the song louder than me. It’s the most fulfilling thing for an artiste to experience that kind of energy and love. Tootey Khaab has definitely turned out be a very special song for me and my fans.”

As the love for Armaan’s new single continues to grow, we have to agree to the fact that the young singer has added yet another feather to his hat with this one!