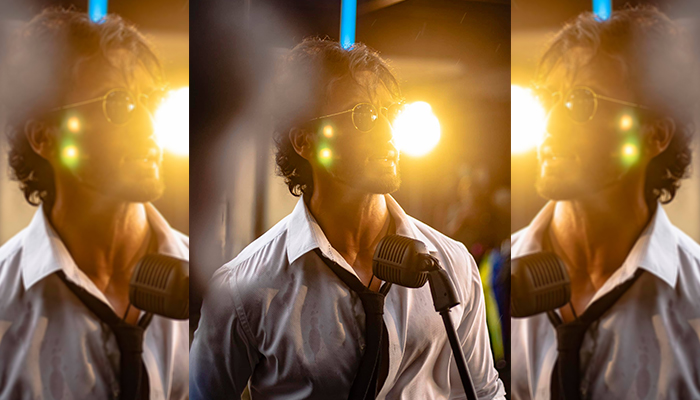 Taking to his social media handle, Tiger released the song and shared, “And just when I thought jumping off one building to another was tough…for me this has been the most challenging yet full-filling experience. Highest respect to musicians all across the globe, so much to learn … but until then here’s presenting our humble effort❤️ #YouAreUnbelievable out now!”

Like all of us trying new things in this lockdown, Tiger used this time to work hard on his vocal chops in the studio, and shooting a music video. Talking about the song and his foray into music, Tiger said “I’ve always wanted to sing and dance to my own music, and I finally got the chance to do it. I’m so excited to kickstart this journey – there’s so much to learn and explore”.

Last week, he also released an intro to the song talking about how he was influenced by the likes of Michael Jackson while growing up, and how that’s shaped his sensibilities. Working closely with the Big Bang Music team on the song, Tiger spent months in the studio with New York based duo DGMayne and Mumbai based Avitesh Srivastava to arrive at a sound that he’s truly proud of.

Tiger is a testament to how you can achieve unbelievable things with your life, as long as you work hard towards your dreams! To encourage his fans in this pandemic struck world, Tiger’s kickstarted a #YouAreUnbelievable challenge across platforms to rally his fans to showcase their talent to the world!