Tiger Shroff is currently ruling the headlines. His upcoming film Baaghi 3 is making much noise. Now, the makers of his 2014 debut film Heropanti have unveiled the posters of the film’s sequel. The actor took to his Twitter handle to announce the second part of the film and his fans can’t keep calm. 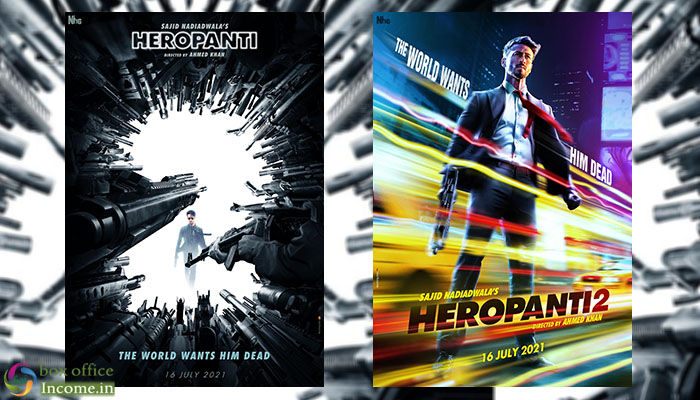 He wrote, “This one is so special to me. Blessed and grateful to be carrying forward another franchise with my mentor sajid sir forward. #Heropanti2 #firstbaby#SajidNadiadwala @khan_ahmedasas @WardaNadiadwala @NGEMovies”

In the first poster, we can see Tiger in a pantsuit and he is holding a gun in his hands. The poster read as ”The world wants him dead”. The second poster is a close up picture of the ‘Baaghi’ actor. He is dressed in a black pantsuit with a red tie and holding a machine gun.

Meanwhile, Siddharth Anand’s Rambo is also in works. While the announcement was made a while ago, Tiger Shroff said that it might go on floor by year-end. Heropanti 2 is set to hit the screens on 16th July, 2021 and is produced by Nadiadwala Grandsons Entertainment and directed by Ahmed Khan.

On the work front, the actor is currently on a promotional spree for his next flick ‘Baaghi 3’. The star is reuniting with his ‘Baaghi’ co-star Shraddha Kapoor. Helmed by Ahmed Khan, the film also stars Riteish Deshmukh, Ankita Lokhande and Vijay Varma in pivotal roles.