Tiger Shroff recently released the motion poster of his debut track as a singer ‘Unbelievable’ and the audiences are already eager to watch the full song. Now, building up more excitement, the actor released the teaser of ‘Unbelievable’ today and here it is! 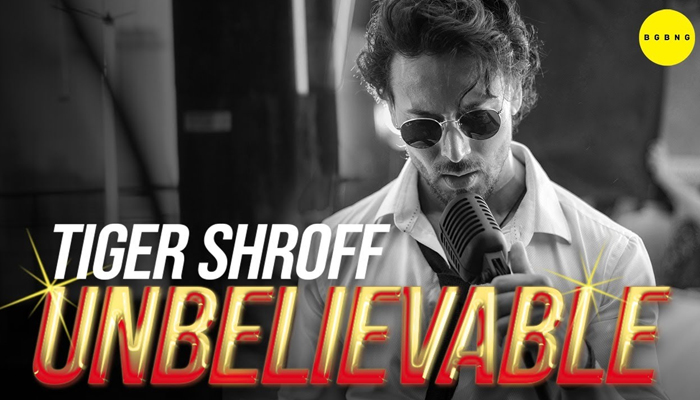 Taking to his social media, Tiger shared the teaser and wrote, “Hey guys here’s the teaser of my first song, hope you guys like it Smiling face with smiling eyes and just want to say that #YouAreUnbelievable. @bgbngmusic @punitdmalhotra @hashtagGaurav @iamavitesh #dgmayne @dop_santha”.

Tiger looks absolutely sensational in the teaser as he holds the mic and sings the track. With a rockstar feel to it, the actor now, is not only the one who wins over as the youngest action star along with his great dance but also, a great singer. Tiger, in collaboration with Big Bang music has brought this track- #YouAreUnbelievable.

The track has been penned down by DG Mayne and Avitesh, with Tiger lending his vocals. Punit Malhotra has directed the track, Paresh has done the choreography and Santha is the DOP.

‘Unbelievable’ is produced by Big Bang Music and will see Tiger dancing and singing to his own tunes for the first time. The song will be out on 22nd September.