Fans completely love the equation between Varun Dhawan and Nora Fatehi on the sets of ‘Street Dancer 3D’. While Varun Dhawan has always been a part of the dance franchise with Remo D’souza, the announcement of Nora Fatehi joining the squad made quiet a buzz in the Btown. 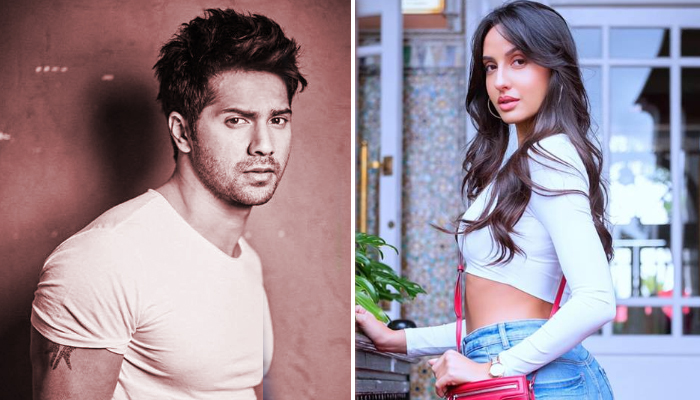 Needless to say, fans were in for a happy surprise when the announcement of two of the most loved Dance performers collaborating for a film came out! Adding cherry to the cake was the fact that the film is the third installment of the famous dance franchise helmed by Remo D’souza.

The entire squad is currently in London shooting for the movie and although we have to wait a little more for the movie to hit the big screen, actress Nora Fatehi makes sure to give her fans quite some dose of entertainment through her hilarious social media stories and updates!

Right from Varun and Nora’s frolic fun during shoot breaks to their hilarious battles post shoots, fans are completely loving their jazz. The fun chemistry between the two are evident in all those BTS trivia from the shoot.

Recently the video of twerk challenge between Nora and Varun made a few rounds on the social media, shooting up the expectations of fans for the film. Now with such twerks and much fun during the shoot, fans can’t wait for the movie to finally hit the screen!