Finally, the much-awaited trailer of Shonali Bose’s upcoming film, ‘The Sky Is Pink’, is out. The Sky Is Pink is based on the life of motivational speaker Aisha Chaudhary. Starring desi girl Priyanka Chopra Jonas and Farhan Akhtar among with Dangal actress Zaira Wasim and Rohit Saraf. 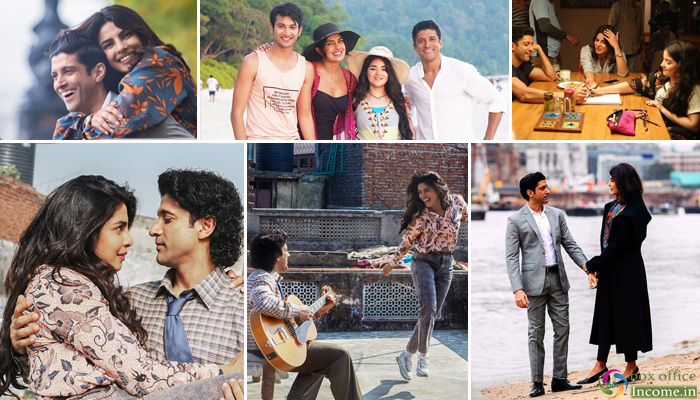 The narrator of the film, plays their onscreen daughter Aisha, who is dying because of Busulfan Lung Damage. For Aisha, her parents’ (whom she loving calls Panda and Moose) love story is like no other and her all-time favourite. But she describes herself as the ‘villain’ in their love story.

Aditi (Priyanka Chopra) and Niren (Farhan) are truly madly deeply in love and they are living happily with their two children until Aisha is diagnosed with the deadly disease. The trailer with Zaira’s voice over has it all starting from love, entertainment, emotions and way beyond

Meanwhile, The Sky Is Pink is also actress Zaira Wasim’s farewell film as the National Award-winning actress announced her retirement from films in July this year. Zaira debuted in Bollywood with Dangal and she also featured in Secret Superstar. The Sky Is Pink is jointly produced by Priyanka (through Purple Pebble Pictures) and Siddharth Roy Kapur and Ronnie Screwvala’s RSVP Films.

Actor Rohit Saraf plays Priyanka and Farhan’s onscreen son in the movie. Helmed by Shonali Bose, The Sky Is Pink is also set to have its world premiere at the prestigious The 44th Toronto Film Festival 2019 on September 13 and will be released theatrically worldwide on October 11.