Alongside a bunch of new Hindi offerings, the much-anticipated Hollywood film The Lion King has released in India this Friday and expectedly took a higher start. Directed and produced by Jon Favreau, written by Jeff Nathanson, and produced by Walt Disney Pictures. 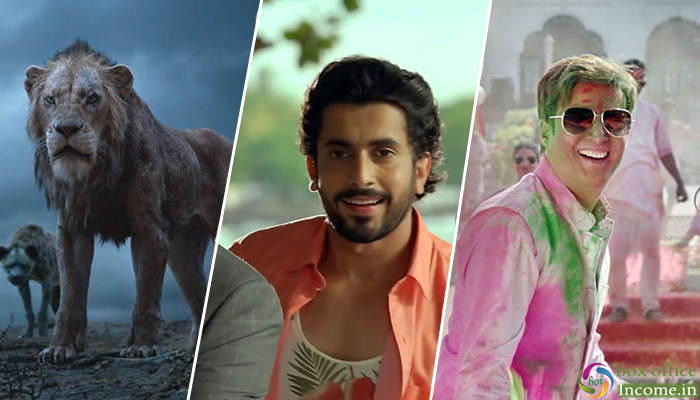 Presented by Walt Disney Studios Motion Pictures, the new American musical film has received mostly positive reviews from the critics worldwide. In India also, it got succeed to impress many critics but didn’t witness enough footfalls in theaters on the first day.

On Friday, The Lion King took a fantastic start in the morning and witnessed decent growth in footfalls post noon shows in metro cities. In the end, it registered the opening business of 11.06 crores nett (13.17 crores gross) from 2100 screens at the Indian box office from its English, Hindi, Tamil & Telugu versions.

While Jimmy Sheirgill and Mahie Gill, starrer Hindi drama Family of Thakurganj has also received mixed reviews from the critics and got failed to attract enough audience toward theatres. On Friday, it raked the business of only 0.20 crore. On the other hand, four weeks older Kabir Singh still holds good at the box office.