The Lion King is only the second Hollywood film of 2019 after Avengers Endgame to cross the Rs 50-crore mark in its opening weekend in India. There has been a high buzz around the Hindi-dubbed version of the film which has been lent voice by Shah Rukh Khan and his son Aryan. 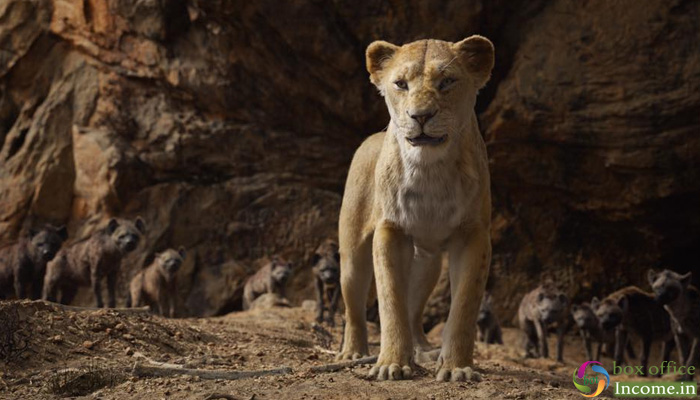 Presented by Walt Disney Studios, the fantasy adventure film has lived up to the expectations of many viewers and gathered a good word of mouth. From critics as well, it has received mostly positive reviews and as a result, diverted the major audience toward itself in metros.

In the opening weekend, Jon Favreau’s directorial remained strong throughout and did the business of 50.75 crores from around 1900 screens across the country, which was including 11.06 crores of Friday, 19.15 crores of Saturday and 24.54 crores of Sunday.

Then in weekdays, The Lion King faced considerable dip than weekend but still remained well. On Monday, with 28.58% of drop than Friday and added the amount of 7.90 crores. With further decline, it managed to collect 7.02 crores on Tuesday and 6.25 crores on Wednesday.

On 2nd Thursday, with more drop The Lion King garnered the business of 5.65 crores and made it’s 7-days i.e one week total 81.57 crores nett nationwide. From the new week, it will have new two Hindi films Judgementall Hai Kya and Arjun Patiala in opposite along with existing ones.