Be it on the multi-starrer Da-Bangg tour or on reality shows – every time the versatile actor-anchor Maniesh Paul and the beautiful and talented Sonakshi Sinha have shared a stage, they have killed it, literally, with their combined effervescent energy. And now the powerhouse of talents shall soon be seen in a brand advertisement. 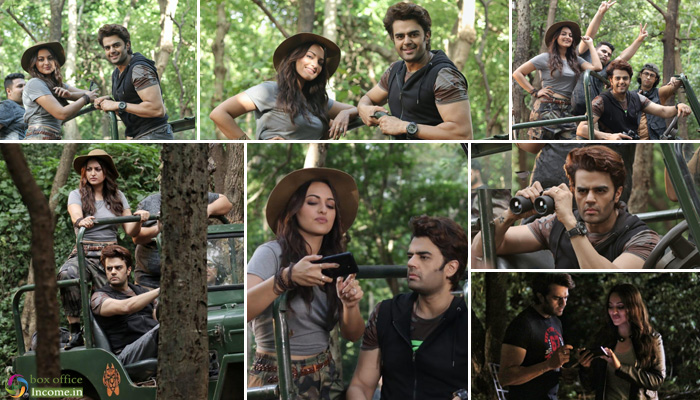 After whipping up a storm during their Da-Bangg tour, Maniesh, who is known for his impeccable comic timing and dynamic stage presence, and Sonakshi who has made a mark with her diverse performances, are reuniting for a Mobile brand.

And despite their respective busy schedules, where Maniesh is hosting the ninth season of Nach Baliye, and Sonakshi is shooting for Dabangg 3 – the talented duo has already finished shooting for two ads for the brand. While not much is known about the concept of the ad they recently shot, according to sources, the first ad film was shot in the jungle in the midst of a crazy rain.

“It was pouring on the day of the shoot, and we shot for nearly 12 hours at a stretch. Maniesh and Sonakshi share a warm camaraderie and it was a pleasure working with them. They not only were thorough professionals but also lightened up the mood on the sets,” said a source from the sets.

Well, every time Maniesh and Sonakshi have come together they were a riot and now we can’t wait to see catch them in these ads.