After delivering some memorable characters over the course of his career, Abhishek Bachchan is back with yet another spectacular role – this time as stockbroker Hemant Shah in the much awaited movie ‘The Big Bull’. Yes, the trailer of the film is out now and it’s impressive. 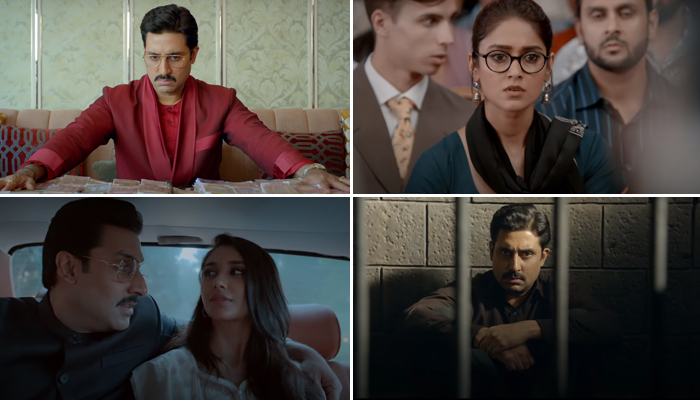 Abhishek Bachchan is seen in an interesting avatar in the trailer of The Big Bull. The trailer gives a gist of the man called Hemant Shah (Abhishek’s character in the film) and how he planned one of the biggest stock market scams in the history of India. His character is inspired by Harshad Mehta, who conducted a huge stock market scam over a period 10 years from 1980 to 1990. The trailer also features Ileana D’cruz in the role of journalist Sucheta Dalal, who broke the scam in the 90s.

Interestingly, Hansal Mehta had also made a web series, Scam 1992, based on the same story, starring Pratik Gandhi in the lead role. The web series received praises from the audience and the critics alike. The pressure is now on Abhishek Bachchan and the makers to match up to the great performances in Scam 1992.

The Big Bull is directed by Kookie Gulati and is inspired by some of the shocking financial shifts from the late 80s and 90s. Starring Abhishek Bachchan, Ileana D’Cruz, Nikita Dutta and Sohum Shah, while Ram Kapoor and Saurabh Shukla in important roles.

The Big Bull was earlier supposed to release in theatres on October 23, 2020. But the film was postponed due to the novel coronavirus pandemic. Later, the makers announced that it will release digitally on Disney+Hotstar on April 8, 2021.