Telugu star Naga Chaitanya is all set to make his debut in Bollywood with Aamir Khan starrer Laal Singh Chaddha. The actor will play the role of an army officer in the film. 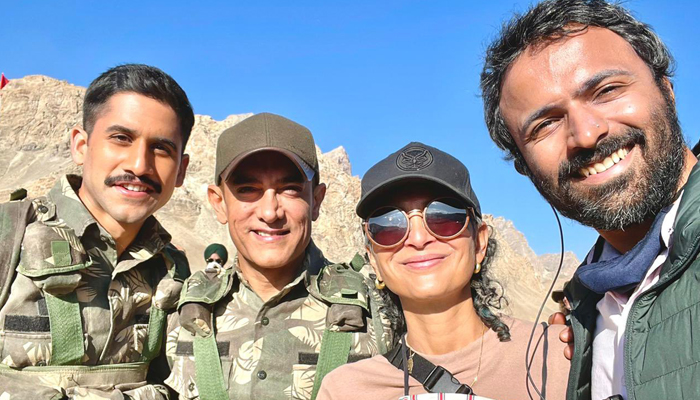 Chaitanya flew to Ladakh and started shooting for the much anticipated social drama. The team planned to shoot with Naga and Aamir for an important sequence for around 20 days.

Recently, a picture of Naga Chaitanya along with Aamir Khan, in the army uniform is currently going viral on social media. In the picture, Kiran Rao was also seen posing with the duo. Khan and Rao recently announced their separation.

Touted to be the adaptation of Forest Gump, the script is said to have undergone a series of changes. Atul Kulkarni said to have spent first ten years adapting the script and another ten years purchasing the remake rights. Aamir Khan bought the remake rights of the film in early 2018 and announced the film officially on 14 March, 2019 with its title.