The makers of Major have announced to postpone the teaser launch event that was scheduled for 28th March 2021 in Mumbai due to an unforeseen personal tragedy in the director’s family as well as considering the rising cases of COVID across the nation. 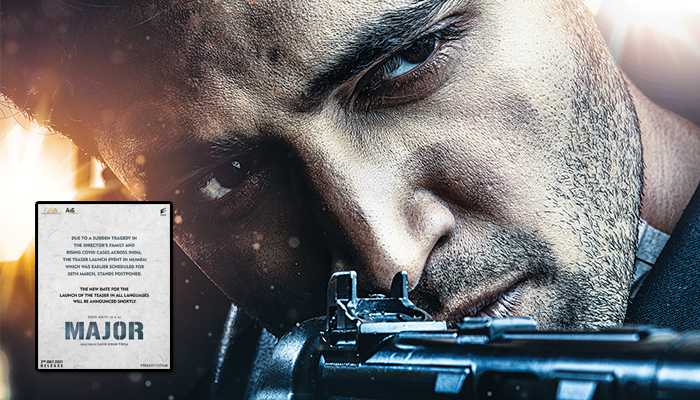 Earlier, marking the birth anniversary of Major Sandeep Unnikrishnan, the makers of the film announced the teaser with a short glimpse of Adivi Sesh amidst the burning Taj Hotel, Mumbai paying respect to the memories of the Martyr.

Taking to his social media, Adivi Sesh shared, “Wanted to do a national event for this national film in Mumbai in a big way. Slight change of plans 🙂 Will keep you updated Reporting soon! #MajorTheFilm”.

Considering the rising cases of Covid especially in Mumbai, the makers of Major have decided to postpone the teaser launch event, details of the same would be announced soon.