The wait is over! The most-awaited period piece trailer of the year Tanhaji: The Unsung Warrior is out now. It is a battle between the Marathas and the Mughals and seeing Ajay Devgn and Saif Ali Khan battle will give you goosebumps. 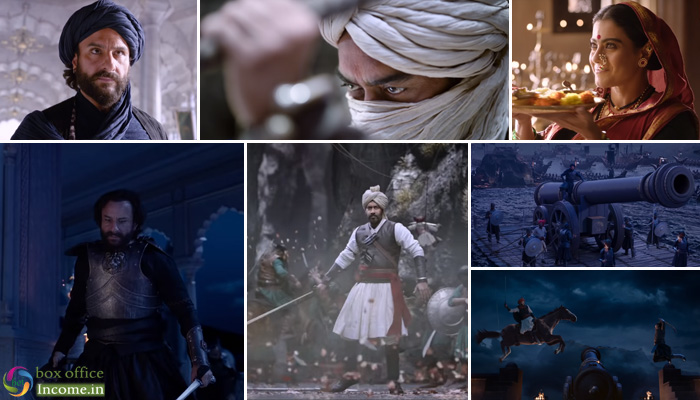 The 3:21 minutes trailer of Tanhaji: The Unsung Warrior beings with introducing Ajay Devgn’s character Tanhaji and it quickly escalates into a scene of a battlefield. Saif Ali Khan is asked to win over the Maratha and for that, he has to win over Ajay Devgn’s army. The supporting characters add to the drama and Kajol’s presence in the trailer is quite a refreshing treat.

Set in the 17th century, the Om Raut directorial is based on the life of Tanaji Malusare, an unsung warrior of Indian history and the military leader in the army of Chatrapati Shivaji Maharaj, founder of the Maratha Empire.

Produced by Ajay Devgn’s ADF and Bhushan Kumar’s T-Series, the film will release on January 10, 2020. The film also boasts a supporting cast of Jagapathi Babu, and Sharad Kelkar in the key roles.