In this day and age of digital first, there are several social media stars who are taking over Instagram, Twitter, Facebook and TikTok. One of the biggest and prominent names from today’s list of digital superstars has to be Mr Faisu, who clearly has turned out to be a game-changer . With more than 11 million followers on Instagram and a whopping 26 million on TikTok, Mr Faisu is geared to make new strides in his career with T-Series’ next music video titled “Bewafai”. 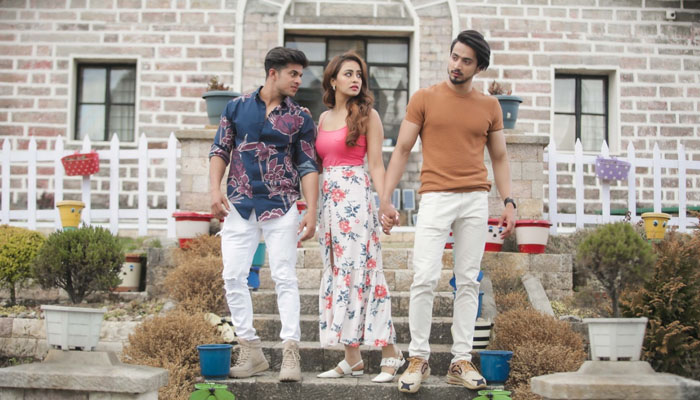 Just four months ago, Faisu made a guest appearance in the blockbuster song, Divya Khosla Kumar starrer “Yaad Piya Ki Aane Lagi“. That one glimpse left Mr Faisu’s fans wanting more! And with Lady Luck in his favour, he’s got a chance once again to showcase his untapped acting skills. The 25-year-old, also a social media influencer, will be seen in the T-Series produced, heart-wrenching number “Bewafai” that also features actors Aadil Khan and Musskan Sethi.

The emotional track written by Manoj Muntashir, composed by Rochak Kohli and sung by Sachet Tandon, Bewafai will tug at your heartstrings. Faisu plays the lead in this story of love, infidelity and rejection. The three-minute video portrays an emotional story of a man betrayed in love and the pain and anguish that he goes through. Bewafai has an old world charm to it. The story and the treatment of Bewafai will remind you of the sad, heartbreak numbers from the ’60s.

Faisu shares, “It was new ground for me and the role got me out of my comfort zone. Director Ashish Panda encouraged me to push my limits as an actor. It felt like I was shooting for a short film with a pretty intense line of story-telling. I want to thank T-Series for this amazing opportunity.”

Talking about his experience of shooting for Bewafai, actor Aadil Khan who has appeared in two music videos earlier said, “This is my first experience of working with T-Series. I suddenly got a call from them to be a part of Bewafai. I wasn’t expecting something like this so early in my career. I am fortunate to have got an opportunity to feature in a T-Series song and that too to play an unusual character.”

Actress Musskan Sethi, who was earlier seen in a T-Series single Nai Jaana, sung by Tulsi Kumar and Sachet Tandon says, “It was wonderful to act in Bewafai because our director Ashish Panda was shooting it like a movie. It was a physically exhausting shoot because every day we were filming in a new location. The locations were beautiful and we got to see new places. So it was fun. I am eager to see how the audience reacts to our hard work. I am looking forward to their feedback on Bewafai.”

Talking about his experience of penning soulful lyrics for Bewafai, Manoj Muntashir adds, “I drew inspiration from Rochak Kohli’s heart-breaking tune and my own roots. I have been a huge fan of ‘60s Bollywood songs and this particular project demanded writing loaded with emotions, exactly like the ‘60s. Also, I feel the music scene has become very elitist off late. There is huge void when it comes to music for tier 2 and tier 3 cities. Thankfully, T-Series cares about those audiences. Bewafai is a giant step towards acknowledging them. I assure you, it’s going to be a treat.”

Music composer Rochak Kohli tells us, “We knew we had an opportunity to do something great. I suggested Sachet’s name for the singer and Bhushan sir immediately agreed. I always felt Sachet can carry that depth in his voice. Sachet was a little tired and his throat was a little hoarse when he came to the studio but we used it as a strength and it added the grunge to Bewafai. It matched the texture that I wanted to record.”

Singer Sachet Tandon adds, “I thoroughly enjoyed singing it. There’s a lot of pain and melancholy in the song. While recording, I remembered both the good and bad memories of my old relationship. Likewise, people will also connect with the song hopefully. Bewafai has great potential to become people’s favourite. It has been written beautifully by Manoj ji. The words will take you through a beautiful story line. Bhushan sir’s vision is very massy. On the other hand, as a composer Rochak Kohli is really particular about his creation which is a fabulous thing. It pushes an artist to deliver better and stronger while recording. I think music is the only thing which binds us all together and soothens our souls in this tough time. I wish for everyone’s safety. Please stay home and and listen to Bewafai.”

T-Series produced Bewafai is composed by Rochak Kohli, sung by Sachet Tandon, written by Manoj Muntashir and directed by Ashish Panda. It features Mr Faisu and actors Musskan Sethi and Aadil Khan, and is OUT now on T-Series’ YouTube channel.