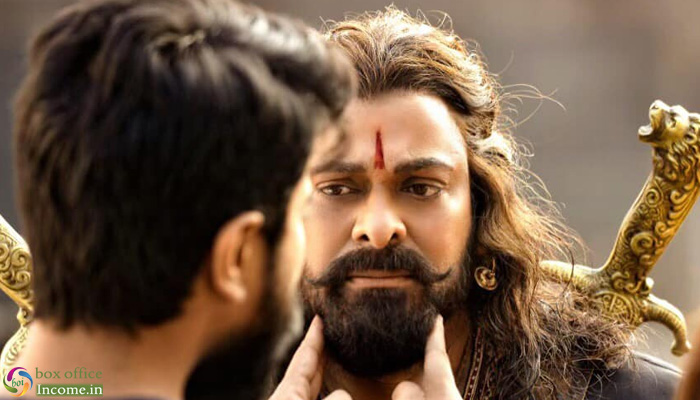 Due to strong content, Surender Reddy-directed epic action drama Sye Raa Narasimha Reddy has received positive reviews from critics as well. As per them, all the actors have performed excellently and are being appreciated by everyone for that.

On the opening day, Chiranjeevi starrer had witnessed superb response at box office and did the business of 37.28 crores from Andhra Pradesh & Telangana. On its second day the movie showed 70% of drop, that generally happens with South Indian movies. Despite such heavy drop, it managed to add decent amount of 9.92 crores to its account.

On the third day i.e Friday with slight drop, this action drama raked the amount of 6.86 crores. Then on Saturday also, it remained steady and registered the business of 6.74 crores. On the last day of weekend i.e. Sunday, Sye Raa Narasimha Reddy reported more higher response and minted the amount of 8.34 crores, which has made its opening weekend total collection as 69.15 crores at AP/TG box office.

From its dubbed Hindi version over 1200 screens, Konidela Production Company’ production has raked the business of 8.35 crores in 5 days that included 2.60 crores on Wednesday, 1.45 crores on Thursday, 1.20 crores on Friday and 1.50 Saturday and 1.60 crores on Sunday.