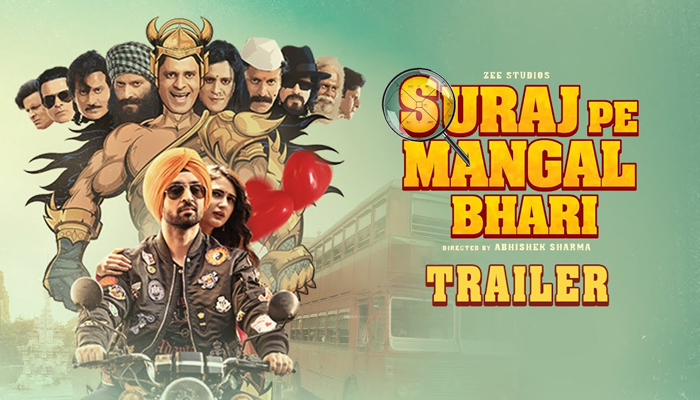 The hilarious three minutes and sixteen seconds trailer takes us on a journey where Diljit aka Suraj Singh Dhillon goes head to head with Manoj, who plays a detective (Madhu Mangal Rane). While their epic showdown which is based in 1995, the makers have managed to recreate the era with sheer brilliance.

Fatima Sana Shaikh plays a Marathi girl with a rebellious streak, whose family wants to see her get settled. While Manoj, who is her elder brother is a wedding detective, who makes his living by spying on prospective grooms.

Talking about his passion project, Sharma says, “This film captures the innocence of bygone times. There is a certain simplicity in the tone we have used which we hope to remind people of the movies of Hrishikesh Mukherjee and Basu Chatterjee. It is a clean family-comedy. It is a funny film but we have consciously ensured to not tread into slapstick humor. It’s a take on the great Indian wedding ‘milestone’ where the whole family participated and ends up in hilarious situations.”

The film has been slated for a November 13 release in theatres.