After two star-studded upcoming projects – Mental Hai Kya and Jabariya Jodi, which are produced under his banner Karma Media and Entertainment, producer Shaailesh R Singh is all set to begin shooting for his next film – Hurdang. 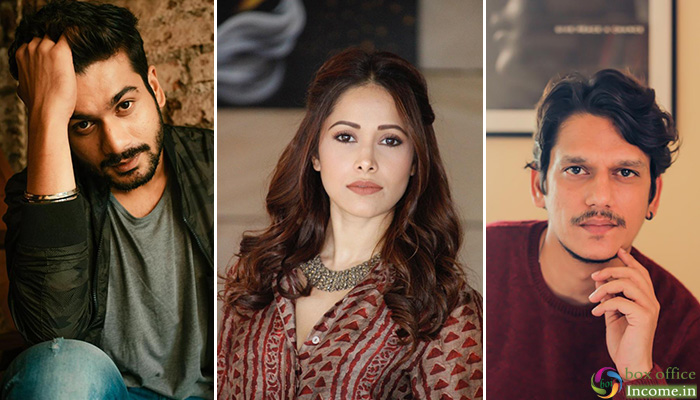 Known for producing commercial as well as critically acclaimed films like Tanu Weds Manu, Shahid, Madaari, Aligarh among others, Shaailesh R Singh’s Hurdang is a love story inspired by true incidents from the year 1990, and is set in Allahabad.

Giving insights into this interesting subject, director Nikhil Bhatt said, “This is a story inspired by true incidents. In the year 1990, as a kid, I saw thousands of youngsters getting involved in the fight for their rights, the students fought for two whole years. They were angry for being taken for granted and for two years the students’ lives came to a standstill.

Every other day there was a bandh or a dharna. The students’ agitation was not politically motivated; they were fighting for their rights. Lots of lives were lost and lots of lives were rendered directionless. They say, love stories coming out of duress stall tall. Hurdang is a love story set in these times.”

The film, which will be shot entirely in Allahabad to preserve the authenticity of the story, is directed by Nikhil Nagesh Bhatt. “I am very glad that I got this opportunity to direct this film. Hurdang is a hard-hitting subject that is sure to touch a chord with all,” reveals Nikhil Bhatt.

Speaking about the casting of the film, Shaailesh R Singh revealed, “It’s a young, restless love story from the 90s. People in 1990s were innocent and vulnerable. They didn’t have the advantage of technology the way youngsters have now. There was a deep desire to fight for your cause and claim your right.

Sunny, Nushrat and Vijay fit in, naturally. Sunny and Nushrat play students coming from different ideologies and backgrounds, but a couple destined to be together. They play childhood lovers who have grown up together. Both Sunny and Nushrat bring innocent and palpable energy, naturally into the story.”

Hurdang stars Sunny Kaushal, Nushrat Bharucha and Vijay Varma, who recently made an impact in Gully Boy. Hrudang is all set to go on floors on July 1, 2019.