Student of the Year 2 (SOTY 2), starring Tiger Shroff, Ananya Panday and Tara Sutaria, is going to be released on this Friday. Being a franchise of Karan Johar and having promising starcast, a good start at the box office is expected by this romantic teen drama. 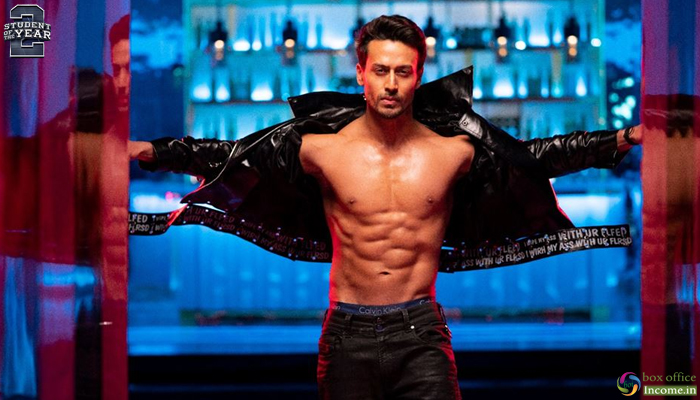 Directed by Punit Malhotra, Student of the Year 2 is the second installment of producer Karan Johar’s successful franchise Student Of The Year, which was begun in the year 2012. The first film starred Sidharth Malhotra, Varun Dhawan and Alia Bhatt in the lead roles.

The trailer of the film suggests that it will have a good dose of romance, action and drama. Being based on college life, it is likely to attract a good number of young audience. So far, the film is flying high on buzz as its promos have done the job correctly and created good pre-release hype at the box office.

After Kalank, Fox Star Studios & Dharma Movies’ jointly production is the second major Hindi release of the year with high star power. The film has created good interest among the audience with its trailer & promos. Also, it has recorded a solid response for the advance booking across the country, especially in metro cities.

As per the reports, Fox Star Studios and Dharma Production’ presentation has already confirmed a good opening with its pre-booking. So considering all the facts & figures, Student Of The Year 2 seems capable to open in a range of 12-14 crores at the domestic box office. The film could bag more numbers if viewers react in its favor.