If there is one movie that the whole country is excited about, then it is RRR. With each passing song release or glimpse, the expectations are being throttled. The trailer of movie is all set to release on December 3rd and movie-goers can’t keep calm to see what’s in store for them. 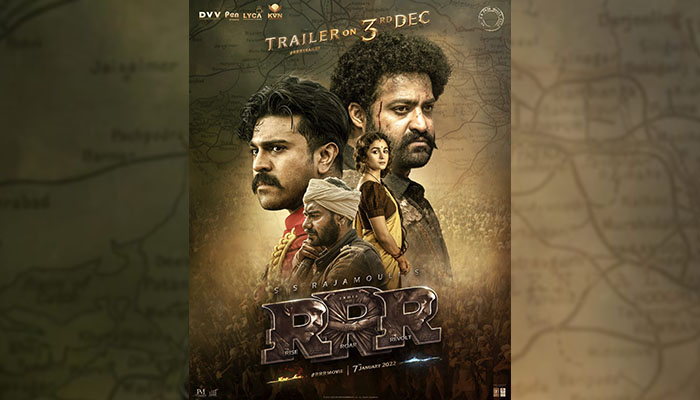 Be it the making video that released earlier this year or the recent song releases Naatu Naatu and Janani, netizens seem quite riveted to see their high energy performance and of course, the camaraderie of Mega Power Star Ram Charan and Jr NTR.

The hook step from Naatu Naatu has impressed people of all age groups and it is evident with the number of recreational videos on the internet. The Janani song did evoke a lot of emotions in people and now, it is to see how the trailer is going to bring them together.

Ram Charan’s acting chops and intensity in eyes are widely appreciated along with Jr. NTR’s skills. In the Janani song, the opening scene where Ram Charan is seen running with blood all over him received a lot of applause for emoting impeccably through his eyes. The synchronisation between Ram Charan and Jr NTR is awe-inspiring and this is the first time two stars of that stature are coming together for a film. Ram Charan has landed quite a few pan-India films soon after RRR shoot.

RRR is all set to hit the theatres on January 7, 2022, setting the bar high for the movies to follow in the same year.