After the success of web series ‘Skyfire’ Sonal Chauhan is all set to be seen with the legendary actor Nandamuri Balakrishna for the third time. After giving successful performance in Dictator and Legend where the duo were applauded for their chemistry, Sonal will be playing the love interest opposite Balakrishna in ‘Ruler’ directed by KS Ravi Kumar. 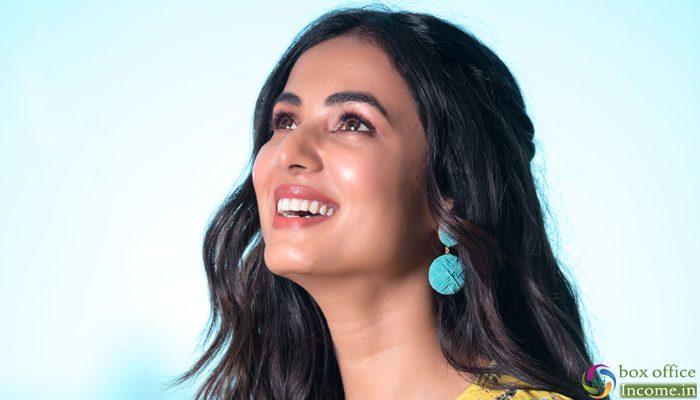 Giving some inside details about her character in the cop-drama, Sonal said, “It’s a very glamourous role and I play this strong-headed workaholic who knows what she wants, and usually ends up having her way”. Sonal promises the viewers that the film is going to be full of entertainment and she is happy to team up with Balakrishna again as there’s always a lot to learn from him.

She adds, that the film will naturally have everything that is drama, action, romance and entertainment that the fans expect from Balakrishna movies. The diva has already flew to Bangkok for her next schedule of the film and we can’t wait to witness her magic again on the big screen in Tollywood.

Sonal Chahuhan has won several beauty contests and made her debut as an actress in the movie Jannat. She was crowned as the Miss World Tourism 2005 at Miri, Sarawak state of Malaysia. She is the first Indian to have claimed Miss World Tourism title.

Sonal has also appeared in the ads of brands like DishTv, Ponds and Nokia. She also appeared on the cover page of FHM and The Man magazine (October 2000). She walked the ramp as show stopper for Jewellery brand YS18 at the India International Jewelry Week 2011.