Actress Sobhita Dhulipala is playing a crucial role in Adivi Sesh’s Major. The film is being produced by Mahesh Babu and it’s based on the life of Major Sandeep Unnikrishnan, the NSG commando who was martyred in the 26/11 attacks at the Taj Mahal Hotel in Mumbai. 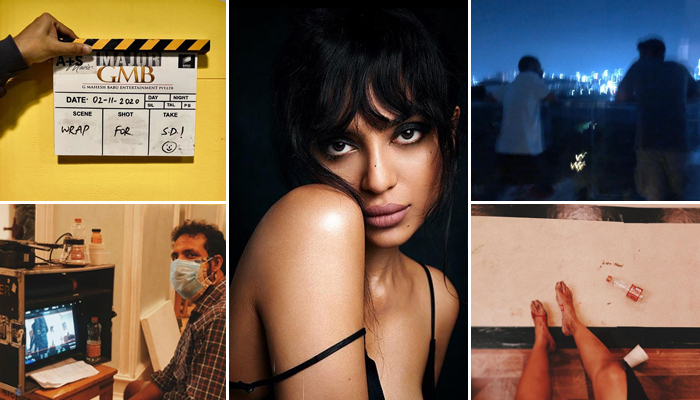 Sobhita Dhulipala took to Instagram and shared a fun post to announce that she has wrapped up her part in Major. She thanked Mahesh Babu and the entire team for making her part of this project. Incidentally, Sobhita’a Tollywood debut was with Adivi Sesh’s acclaimed spy thriller, Goodachari, a couple of years ago.

She wrote, “And it’s a wrap for me on ‘Major’. Heart is full 🙂 This is a Déjà vu with drumbeats, we are the exact same team as on Goodachari! (my 1st Telugu film) ❤️ ‘Major’ is a passion project that we gladly gave blood, sweat and tears to. I think of this as a story about the anatomy of courage. Tremendous respect and gratitude to producers – @gmbents @urstrulymahesh sir and @sonypicsprodns.”

“1st photo: wrap clap! 2nd photo: Captain of our ship, vegan vagabond, part monk-part manic, our beloved director, @sashikirantikka. 3rd photo: Right – Wearer of many hats, writer and lead actor @adivisesh, who will swallow a hurricane and tell you that it may have tasted better with Appadams on the side.

Can go from sweetheart to Satan and back in 0.1 seconds and will remember to wear a mask through it. Left – @iamsharathchandra, our very own flag-bearer of frenzy and misplaced giggles, hippie soul heading production wing with the easy glow of a firefly. Special shout out to our phenomenal masters of craft – cinematographer @vamsipatchipulusu and production designer @kollaavinash who transformed words into worlds, she adds.”

The film stars Adivi Sesh in the title role and actress Saiee M Manjrekar is playing an important part in the film. Sony Pictures Productions and A+S Movies banners are co-producing Major. Goodachari fame Shashi Kiran Tikka is the director. The film is all set for a 2021 summer release.