The trailer of Ayushmann Khurrana and Jitendra Kumar starrer Subh Mangal Zyada Saavdhan is out now and it promises to be an enjoyable rom-com. with a difference. The film, themed on homosexuality, is a quasi-sequel to the 2017 film Shubh Mangal Saavdhan. 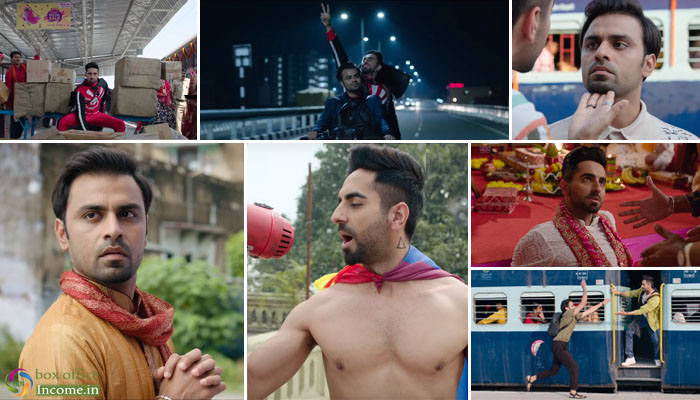 The 2 minutes 40 seconds long trailer depicts the love story of two homosexual guys Ayushmann and Jitendra and their struggle of making their families and society understand to accept their relationship. Good background music, very convincing characters and a taboo topic essayed in slice-of-life comedy format is what makes the trailer worth a watch.

Earlier, the team had released another animated teaser that takes the audience through the evolution of love stories in India, which were all heterosexual, but how gay romance tales never come into the spotlight.

Directed by Hitesh Kewalya, Shubh Mangal Zyada Saavdhan, which was mainly shot in Varanasi, revolves around the issue of homosexuality. It also stars Neena Gupta and Gajraj Rao, who earlier shared screen space with Ayushmann in the runaway hit Badhaai Ho.

The film will also witness Bhumi Pednekar in a special appearance. For the unversed, The Pati Patni Aur Woh actress was a part of the first instalment which garnered massive praises from the critics as well as the audiences. The film is slated for a 21st February 2020 release.

Yo Yo Honey Singh and Bhushan Kumar reunite for Loca, 3rd March 2020 Release!