Shirley Setia has always been multi talented, the singer and actress who recently made her OTT debut in Maska, is continuing to engage her fans during lockdown with another soulful cover of a classic track. Shirley has just released a beautiful cover of Na Tum Jaano Na Hum from the movie Kaho Na Pyaar Hai, the track is out now in collaboration with Sa Re Ga Ma Pa. 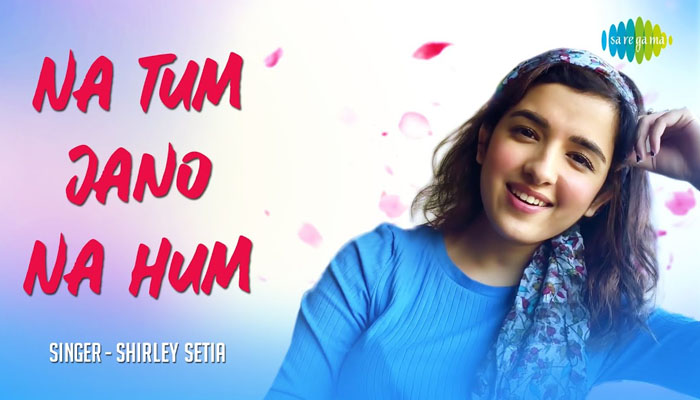 Shirley started her career in New Zealand with song covers and received a lot of love and appreciation for the same. Shirley has diversified into acting along with being a singer. She’s been extremely productive during lockdown and has gone back to making wonderful music again to the delight of her fans. She has been performing song covers on YouTube.

Her previous cover was an acoustic version of the beautiful track Dil Ko Tumse Pyaar Hua from Rehnaa Hai Terre Dil Mein, which captivated the audience. Her latest cover is collaboration with Sa Re Ga Ma Pa is Ma Tum Jaano Na Hum from the movie Kaho Na Pyaar Hain. The beautiful song was originally sung by Lucky Ali and Ramya and has now been recreated by Abhijit Vaghani and sung by Shirley Setia.

The original song was a massive hit and has been a love anthem for years and Shirley has definitely done justice to the original song with her melodious voice. Shirley has always been an amazing singer and her covers have always resonated with fans and this one will be no different. This song was conceptualised, composed, sung and shot during quarantine and has been created by the artists from their own homes.

Shirley looks adorable in the video and her natural beauty really shines through in every still she’s in. We love the organic feel of the video. Shirley has always left no stone unturned to entertain her fans, especially during the lockdown, this song is another beautiful example of her knowing what her fans want and delivering on that. Shirley will further delight her fans as she will be finally making her Bollywood debut with Nikamma starring Shilpa Shetty and Abhimanyu Dasani. We definitely can’t wait to see her shine on the big screen.