On his 35th birthday, Sidharth Malhotra share his look from the upcoming movie Shershaah. The film is based on the Kargil War hero Vikram Batra, who was even for his contribution awarded the Param Vir Chakra – India’s highest war-time gallantry award. 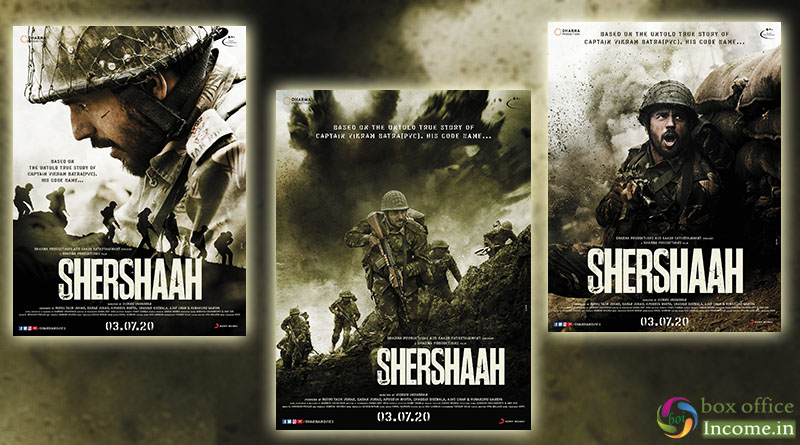 Sidharth took to his Twitter handle to share the first look as he wrote, “An absolute honor to be able to paint the big screen with the shades of bravery & sacrifice. Paying an ode to the journey of Captain Vikram Batra (PVC) and bringing the UNTOLD TRUE STORY with #Shershaah. Releasing 3rd July, 2020.”

Shershaah’s first look features Sidharth Malhotra in the titular role. One can notice the fear, the rage as well as the courage, all at the same time. Moreover, the war background given to his posters give the true action vibes, and that’s one thing that the makers undoubtedly deserve a shoutout for.

Kiara Advani, who co-stars with Sidharth Malhotra in the movie, added: “Thrilled to be a part of an ode to the Kargil War hero and his brave journey. Presenting the untold true story of Captain Vikram Batra (PVC) – Shershaah. Aur janamdin mubarak, Sidharth Malhotra.”

Sidharth was last seen playing a good-hearted goon in Marjaavaan. The film earned decent money at the box office but received negative reviews from the critics. Directed by Vishnu Varadhan and produced by Karan Johar’s Dharma Productions. Shershaah is slated to hit the theatres on July 3, 2020.