Climbing the ladder of success, one film at a time, Kiara Advani has attained the position of the top most actress in the business owing to her utmost dedication and sheer talent. Recently, in an interview, Sharvari Wagh touted Kiara Advani’s journey as inspiring, while expressing her awe and admiration for the Superstar. 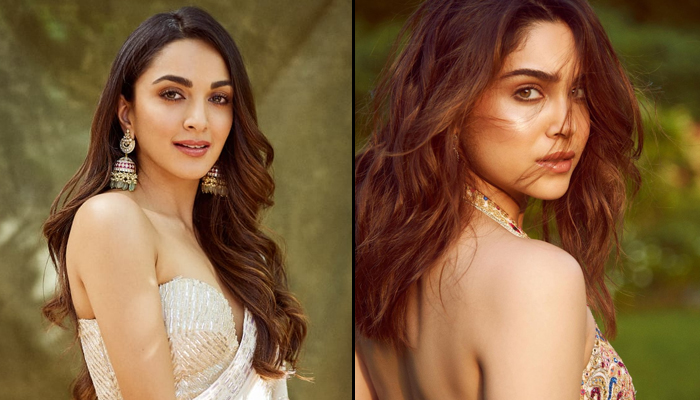 With a string of hits across platforms, the golden girl of Bollywood, Kiara Advani has emerged as a Superstar, carving her place amongst the most bankable and popular Superstars of the industry. Building an unfathomable fanbase across quarters, Kiara Advani has not only won over the audience but also serves an inspiration to fellow actors in the showbiz.

Scaling an upward trend in her career, Kiara Advani has delivered some of the remarkable successes of the recent times. From the biggest blockbuster on digital platform with Shershaah to the first blockbuster of Bollywood in the post pandemic era with Bhool Bhulaiyaa 2, Kiara has paved her path to Superstardom.

Having begun her career with a few obstacles, Kiara Advani turned into an overnight sensation with her impactful performance in Lust Stories, followed by the turning point of her career Kabir Singh, which marked her entry into the 300 crores club.

Continuing the trend of blockbusters, Kiara then delivered Good Newzz, Guilty, Shershaah, Bhool Bhulaiyaa 2 and the latest Jugjugg Jeeyo, being amongst the only few people to have back to back successes in the post pandemic era.

In a recent interview, Sharvari Wagh applauded Kiara Advani’s journey saying, “I would take a new name only because you said that someone’s journey that you’ve seen from the beginning and I wouldn’t take like Rani ma’am and Madhuri Ma’am, because I’ve not seen their journey. I really think that Kiara Advani’s journey is very inspiring. Because she was a part of films that for a very long time, people did not even know about, and today she is one of the top most actors and I think that the determination, I am sure that she had, to keep going into making herself better and performing better, that is something inspiring.”