If 2020 has taught us anything it is the importance of kindness in a world reeling from the ongoing coronavirus pandemic. In the midst of it all, hitting home the point of compassion comes the impactful trailer of Shameless, an upcoming fast-paced dark comedy thriller packed in 15 minutes. Its tight plot touches upon the fact that people are losing human connection and becoming rude and isolated due to social media and technology. 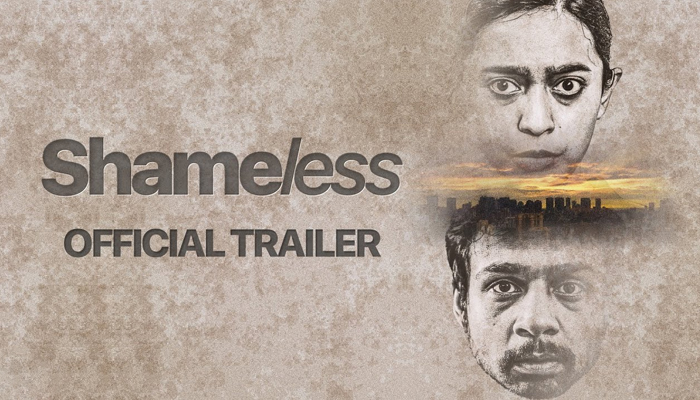 Before being qualified for Oscar consideration, Shameless was a finalist at the recently concluded 3rd edition of the Best of India Short Film Festival 2020 and also it premiered at the New York Indian Film Festival. Hussian Dalal won Best Actor at the Filmfare Short Film Awards (2019).The overall presentation is a dark comedy – both visually and thematically – but there is an underlying message of kindness, hope, humanity and decency. The entire team is thrilled about bringing Shameless to viewers all over the world very soon.

Writer-Director Keith Gomes says, “I am very excited that the trailer of Shameless is out now. With all the hate and anger that is going around, the world needs kindness and my films are a reminder that being kind is actually easy. I hope Shameless makes an impact in that respect.”

Presenter Shabinaa Khan says, “The trailer of Shameless truly captures our indifference towards the disadvantaged. The short displays the sense of entitlement that well-off youth in India carry with them. The working class are considered inferior and often abused just for doing their job.”

Actors Sayani Gupta and Hussain Dalal jointly say, “We have been waiting for the trailer to drop and now that it’s out, we’re excited to know how it will be received. Shameless is our attempt to normalize kindness in our ordinary lives. The idea is to recognize the hardships of people who don’t have it easy. We’re hoping that viewers pause, register and think about how compassion can be a routine.”