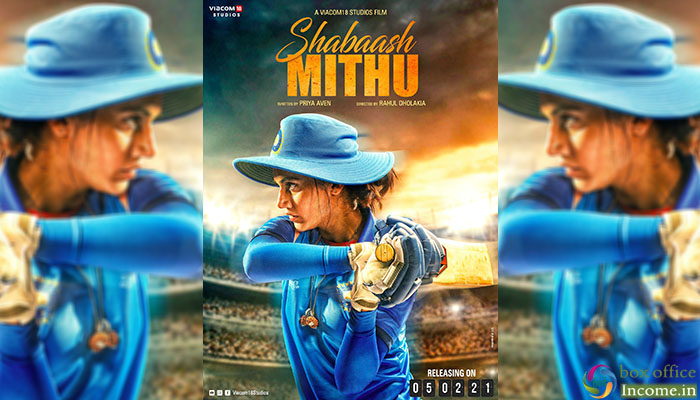 Taapsee shared the poster and penned down what she feels about the cricketer. She wrote, “I have always been asked who’s your favourite male cricketer but you should ask them who their favourite female cricketer is.” The statement that made every cricket lover pause n introspect that do they love the game or the gender playing it. @M_Raj03 you are a ‘Game Changer’

In the poster, Taapsee Pannu can be seen wearing the blue cricket jersey that our country is proud of. She can be seen acing the shot with rage and passion to win in her eyes and the conviction for the game. Produced by Viacom 18, and Rahul Dholakia as the Director, Shabaash Mithu is releasing on February 21, 2021.

Taapsee Pannu earlier said, “It’s truly an honour to play the role of India’s most successful captain where Women’s Cricket is concerned. Even though I have already started feeling the pressure of stepping in her shoes, I don’t think I want to trade this place with anyone else right now. She has always been brave and strong to back truth and her idols, and that is the connect I feel with her.”

She also adds,” The way she changed the way women’s cricket is perceived and seen in India is truly a story worth telling. kudos to Viacom18 Studios for choosing to tell this story. I look forward to working with Rahul Dholakia for this first of its kind story and to learn yet another sport which is treated as a religion in our country, cricket.”