The intense courtroom drama ‘Section 375’ has been making all the right noises, ever since it released last Friday. Led by a talented starcast including Akshaye Khanna, Richa Chadha and Meera Chopra, the interesting story line and good performances have won the film rave reviews, with critics and audience alike showing their appreciation for it. 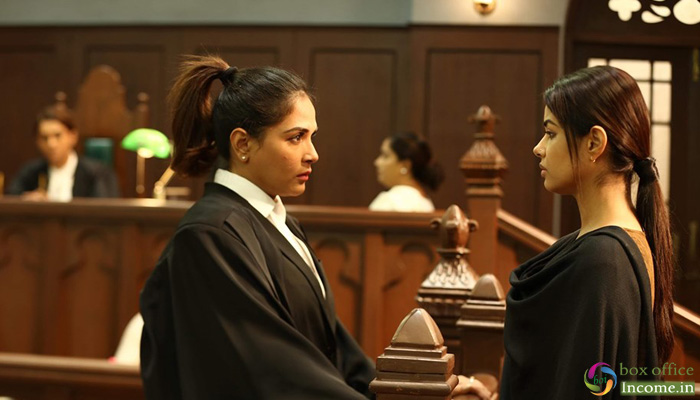 While Akshaye and Richa, both, essayed the roles of lawyers on opposing sides, it was Meera’s character that was the intriguing one. The audience’s sympathy lies with her as she is the victim in the rape case. The actress has received a number of compliments from the audience for her performance, and critics, too, have made a special mention of her name in their reviews.

However, amidst all the bouquets coming her way, there have been some brickbats as well. A certain section of the audience hasn’t taken too kindly to the way her character has been portrayed, and have been trolling her on social media for it. What’s upsetting is the fact that some of them are downright nasty and personal.

Meera, who’s always been up for taking on challenging roles, and stood up for them if required, is surprised at how insensitive people can be. She feels she did what was required of her character, which was to show how sometimes, women can take advantage of their gender and falsely accuse men for their own purposes. After all, that’s her job as a professional actor.

But social media doesn’t play by the rules. And sometimes, public personalities have to bear the brunt of their misplaced opinions. We just hope netizens rise above the stereotyped portrayal of women in cinema and appreciate the fact that just like there are all kinds of people in the world, there are all kinds of characters being written as well. And let the actors do their job.