Tollywood Superstar Mahesh Babu is celebrating his 46th birthday today. Expectedly, fans are showering him with wishes and adorable messages. He gifted a special treat for all his admirers and fans. He took to his Twitter handle to share a teaser of Sarkaru Vaari Paata. 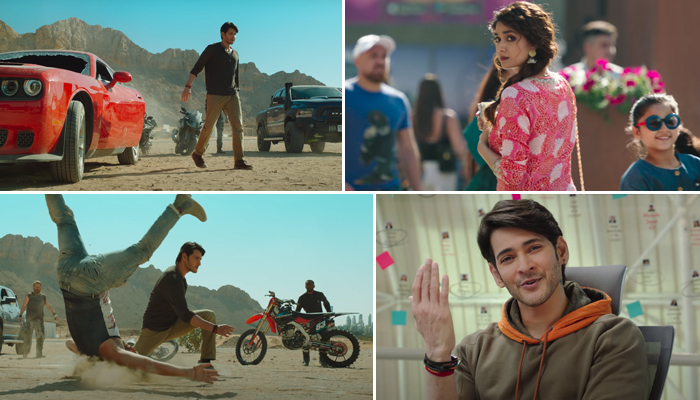 Mahesh Babu shared the teaser of Sarkaru Vaari Paata teaser with a tweet that reads, “Here we go!! #SVPBlaster (sic).” Going by the film’s teaser, Sarkaru Vaari Paata looks like a commercial entertainer, which is high on action. Mahesh Babu is at his stylish best and can be seen performing some high-octane stunt sequences.

The clip also introduces Keerthy Suresh who is awestruck by the charm of the protagonist. At 77-seconds, the teaser gives us a glimpse of a pure commercial potboiler.

Sarkaru Vaari Paata will hit the theatres on January 13, 2022, ahead of Makar Sankranti. The film will clash at the box office with Prabhas’s Radhe Shyam and Pawan Kalyan-Rana Daggubati’s Telugu remake of Malayalam film Ayyappanum Koshiyum.