The teaser of the first song from highly-anticipated film Antim: The Final Truth has been released, and it’s high on celebrations. The teaser reflects the resplendent festivities and the grandeur of Ganpati celebrations. 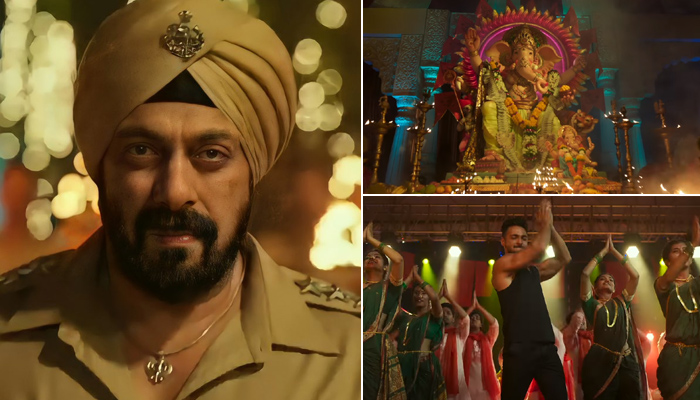 The teaser lays out the assured promise that the song titled ‘Vighnaharta’ will be a festive song high on energy and grandiose festivities, capturing the true essence of Ganpati. It is an unveiling of sorts into what the track will be like.

At the same time, the teaser of the song is a window into the film for which the anticipation is already on a high. We also get a couple of luring and entrancing glimpses of Salman Khan and Ayush Sharma which take the anticipation to even higher levels.

Antim: The Final Truth brings Salman Khan and Aayush Sharma together for the first time on the big screen, and is presented by Salman Khan Films and produced by Salma Khan. The film has been directed by Mahesh Manjrekar.

‘Antim: The Final Truth’ is an official remake of the Marathi film ‘Mulshi Pattern’. It was released in 2018 and proved to be a hit at the box office. It managed to steal hearts with its powerful performances and songs. Now fans can’t wait to watch Salman and Aayush coming together for the first time.