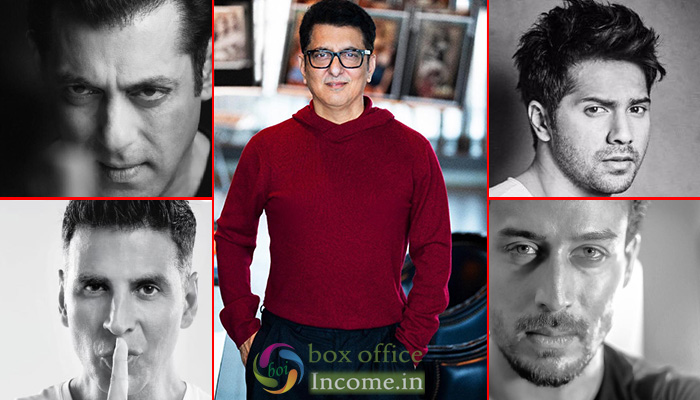 The common link between all these projects is the fact that they are all produced by Sajid Nadiadwala. From clocking in their first Rs 200 crore film (Salman’s Kick) to giving them their career’s biggest hit (Akshay’s Housefull 4), Sajid has done it all.

It’s not just the senior stars whose hits have been with Sajid. Tiger Shroff’s biggest solo hit till date is Baaghi 2. The film which is very close to the actors heart is also getting a franchise which is being helmed by Sajid. Similarly Varun Dhawan’s Judwaa 2 which also had a cameo by Salman is the actors biggest hit till date.

Arjun Kapoor’s 2 States which remains his fan favourite is also his biggest success story. Similarly Sushant Singh Rajput’s Chhichhore has become one of the biggest money spinners of 2019, a success story supported by Sajid’s production house.

These success stories for these actors speak volume about their star power and the loyal fanbase they enjoy. However, the one common thread that binds them all together is the fact that they have all got their biggest hits with one film maker – Sajid Nadiadwala.