It was a special birthday surprise for Shruti Haasan fans. The team of Salaar took to their social media pages to announce that she has been roped in as the leading lady. The leading man Prabhas made the announcement by a subtle but effective announcement where he wished Shruti on her birthday adding that he looks forward to working with her in Salaar. 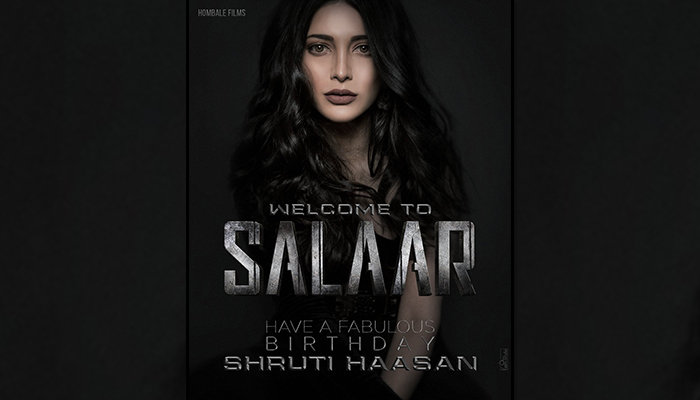 “We’re ecstatic to have you onboard for #Salaar. Can’t wait to see you sizzle on the screen (sic),” tweeted Hombale Films tweeted on Thursday. Prabhas also took to his Facebook page to wish his co-star. “Happiest Birthday Shruti Haasan! Looking forward to working with you on #Salaar,” wrote Prabhas.

Prashanth Neel is currently busy with the post-production work of KGF: Chapter 2, the sequel to the director’s 2018 crime period drama. The film has been slated to hit the screens this summer.

Meanwhile, Prabhas is shooting for director Radha Krishna Kumar’s romantic drama Radhe Shyam. After completing the film, he will join the sets of Salaar.

Shruti Haasan was last seen in Sankranti release Krack, in which she shared screen space with Ravi Teja. The film despite releasing under the shadow of the pandemic became a box office hit in the Telugu states.