The much-awaited trailer of Bhumi Pednekar and Taapsee Pannu starrer ‘Saand Ki Aankh’ has finally hit the Internet. The film, which is based on the real-life story of sharpshooters Chandro (86 age) and Prakashi Tomar (82 age), is helmed by Tushar Hiranandani and is produced by Anurag Kashyap, Reliance Entertainment and Nidhi Parmar. 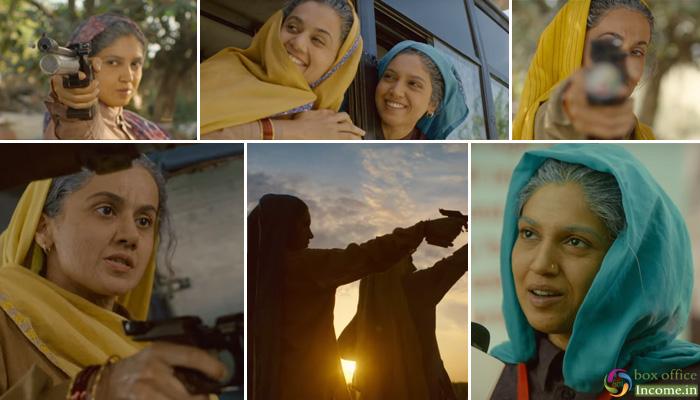 The 3 minute 06 seconds trailer filled with humorous dialogues, along with some poignant moments. It begins with an ongoing sharpshooting training session, when Bhumi’s character unknowingly aims perfect and hit bull’s eye. Impressed with the technique and skills of the Tomar sisters, the coach begins to mentor them for local competitions.

When the patriarch of the family gets the whiff of their sessions, he creates a havoc and burns down the village. Unnerved and hell bent on bringing a change, the sisters continue to fight for the rights of the women of village.