Prabhas starrer film Saaho continues to dominate the box office despite pressure from Nitesh Tiwari’s Chhichhore. The multilingual film, which has already crossed Rs 385 crore mark worldwide, has performed well on its first 9 days at the box office and its domestic collections have touched nearly Rs 289 crore. 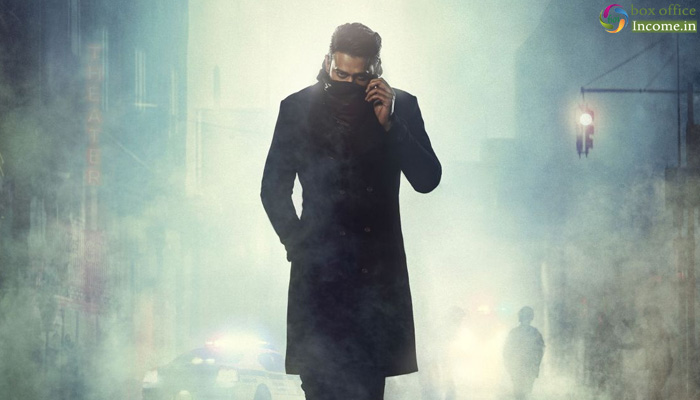 Directed by Sujeeth, Saaho has received mixed reactions from the critics as well as the audience. Despite having Prabhas on board, this time the director got failed to hit the target right and facing huge criticism because of his weak direction and stupid story-line.

Being the highly awaited, Saaho took a tremendous opening and also showed a healthy growth over the opening weekend at the domestic box office. It did the business of 79.08 crores in first 3-days, that included 24.40 crores on Friday, 25.20 crores on Saturday, and 29.48 crores on Sunday.

Then on weekdays, unfortunately, it witnessed a downtrend and raked the business of 36.95 crores, with 14.20 crores on Monday, 9.10 crores on Tuesday, 6.90 crores on Wednesday, and 6.75 crores on Thursday. After a week, the total collection of the film was recorded at 116.03 crores from 3000 screens across India.

Now, Saaho is running on its second weekend with an overall disappointing pace. On 2nd Friday, it faced a drop of 44.50% than the previous day and minted 3.75 crores. On 2nd Saturday, due to a weekend, it showed a slight jump and collected 4.60 crores. With this, its 9 days total collection has become 124.38 crores at the domestic box office.