Most-awaited Indian action thriller Saaho has completed the opening week on an overall fantastic note amid mixed reactions of the critics as well as the audience. Now it has entered in the second week and unfortunately faced an abrupt drop on second Friday with new competition. 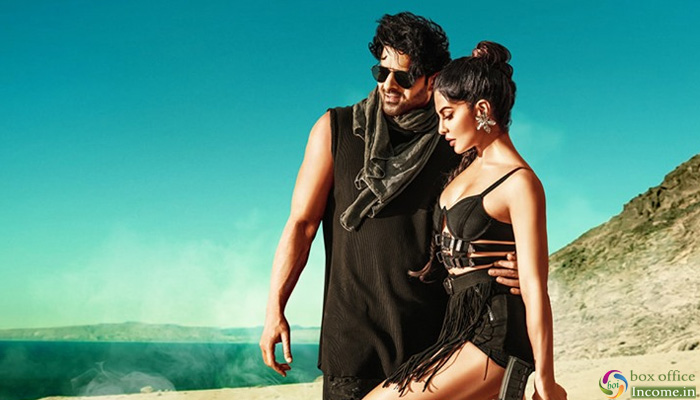 Superstar Prabhas’ latest offering Saaho opened on a terrific note and registered the 3rd highest opening of the year in Hindi cinema. By remaining super-strong throughout the opening weekend, it did the business of 79.08 crores, that included 24.40 crores on Friday, 25.20 crores on Saturday, and 29.48 crores on Sunday.

Then on weekdays, it witnessed unexpected drops in footfalls and bagged the amount of 36.95 crores, that included 14.20 crores on Monday, 9.10 crores on Tuesday, 6.90 crores on Wednesday, and 6.75 crores on Thursday. After a week, the total collection of the film was recorded at 116.03 crores from 3000 screens across India.

Now, the multi-starrer Saaho has stepped-in on the second weekend and has a competition with Chhichhore at the box office. It faced a drop of 44.50% on its 2nd Friday than the previous day and minted the amount of 3.75 crores. With this, its 8 days total collection has become 119.78 crores nett at the domestic box office.

Sujeeth’s directorial is expected to show a healthy jump over the second weekend. This action thriller could well pace its way to the lifetime of 145-150 crores, which would be a much healthier total than what one would have expected after the early reports were out.