Superstar Prabhas’ much-awaited offering Saaho has unfortunately got failed to impress viewers with its story-line, but still, due to solid star power & Ganesh Chaurthi holiday, it has completed a week on a fantastic note at the domestic box office. Within 7 days of release, it has become the ninth highest grosser of the year so far in Hindi Cinema. 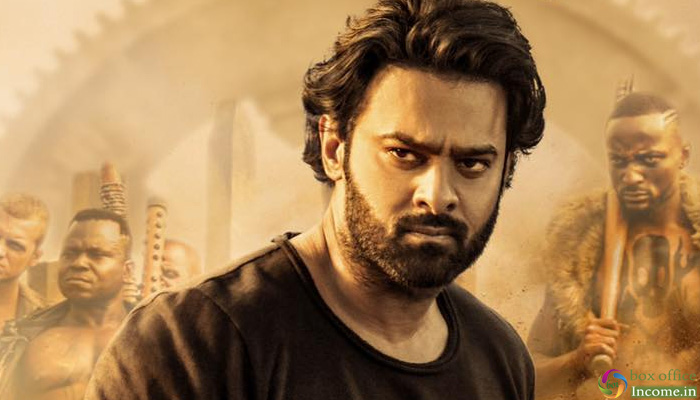 Directed by Sujeeth, Saaho has received mixed reactions from the critics as well as the audience across the country. As per reviews, Sujeeth’s weak story-line is the major reason that pulls the film back. This time he has got failed to hit the target right despite having superstar Prabhas & other popular actors.

Because of huge initial buzz, Saaho opened on a terrific note and registered the 3rd best opening of the year so far in Hindi Cinema with 24.40 crores. Over the weekend, it took a healthy growth and raked the business of 25.20 crores on Saturday and 29.48 crores on Sunday.

After the opening weekend, the total collection of Saaho was recorded at 79.08 crores. Then on weekdays, it faced an abrupt drop in footfalls but still managed to remain solid throughout. On Monday, after a usual drop than Friday, this action thriller minted the amount of 14.20 crores.

Afterward, UV Creation and T-Series’ presentation witnessed a further drop and bagged the amount of 9.10 crores on Tuesday and 6.90 crores on Wednesday. On the next day i.e. Thursday, it collected the business of 6.75 crores and raised its one week total collection to 116.03 crores nett from 3000 screens across India.