After a fantastic opening weekend and a solid Monday, the immensely awaited Saaho has witnessed a big drop on Tuesday. Thanks to the festive occasion of Ganesh Chaturthi which brought footfall to the ticket windows in a large number. 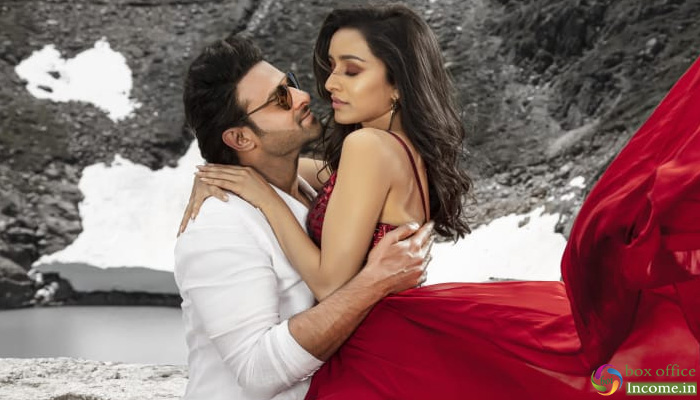 Directed by Sujeeth, Saaho was released with humongous hype but got failed to live up to the expectations. It has received mixed reviews from the critics as well as the audience due to its weak story-line and unconvincing direction.

Saaho carries a hefty 350 crore price tag and has has debuted in over 4,500 screens in India. The film was shot in Austria, Abu Dhabhi, Romania, part of Europe and India. UV Creation and T-Series’ presentation was released amid huge buzz and as expected opened on a tremendous note.

It did the business of 24.40 crores on Friday and registered the 3rd-best opening of the year so far in Hindi Cinema. Over the weekend, Saaho recorded a little jump in footfalls in theaters and raked the business of 25.20 crores on Saturday. Then on Sunday with a further growth, it bagged the amount of 29.48 crores at the domestic box office.

Now Prabhas starrer is running on weekdays with an overall strong pace. On Monday, it faced a drop of 41.81% than Friday and minted the amount of 14.20 crores. On the next day i.e. Tuesday, the film got dropped further by 35.92% and collected 9.10 crores to take its 5 days domestic collection to 102.38 crores.

However, after making whopping 330 crores gross in the worldwide collections over the first 4 days, Saaho has added another 20 crores in its kitty. Now the overall collections till Tuesday stand at 350 crores.