After a phenomenal opening weekend, the highly awaited Multilingual film of the year Saaho has entered on weekdays with a strong pace. By its fourth day, the Hindi Version Saaho has surpassed the lifetime total of Abhishek Varman’s Kalank (80.35 crores) and Sujoy Ghosh’s Badla (87.99 crores). 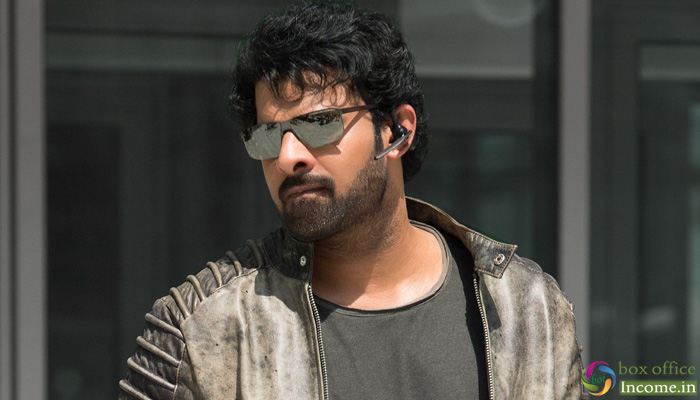 Starring superstar Prabhas along with an ensemble that includes Shraddha Kapoor Neil Nitin Mukesh and Chunky Pandey this multi-starrer action thriller has received mixed reactions from the viewers. But still, due to solid star power, it is getting a fantastic response at the box office globally.

Directed by Sujeeth, Saaho (Hindi) opened on a tremendous note and registered the 3rd best opening of the year in Hindi Cinema with 24.40 crores, while Bharat and Mission Mangal, which opened at 42.30 crore and 29.16 crore crore respectively.

On Saturday, as expected the film took a little jump post noon shows across the country and did the business of 25.20 crores. Then on Sunday with a further jump in footfalls, it raked the business of 29.48 crores and raised the opening weekend total collection to 79.08 crores at the domestic box office from 3000 screens.

Now Saaho has entered in weekdays and on Monday, it has recorded a significant drop of 41.81% vis-a-vis Friday and minted the amount of 14.20 crores. After 4 days, the total collection of the film has become 93.28 crores nett at the domestic box office.

Including all the versions- Hindi, Tamil, Telugu & Malayalam, it has grossed the business of 271 crores from India and 330 crores worldwide from 8500 screens.