Despite mixed reactions from viewers, Prabhas’ latest offering Saaho has joined the 150-crore club at the domestic box office within the opening weekend. The film, which released in Hindi, Telugu, Tamil and Malayalam takes an earth-shattering start. 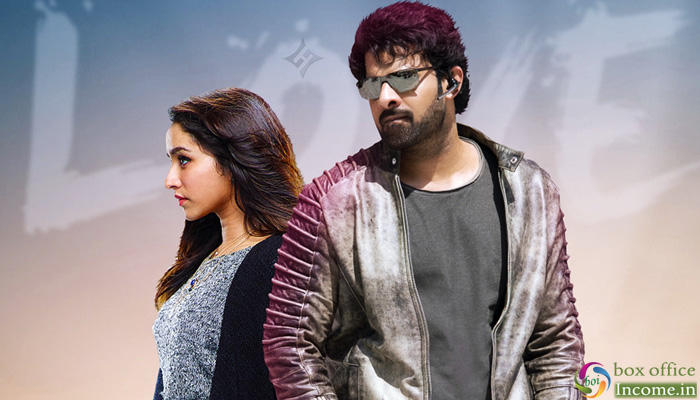 Produced by T-Series and UV Creations, Saaho hasn’t got succeed to impress viewers with its content but doing the same with its phenomenal performance at the box office globally. The solid star power of Prabhas helped the film to remain super-strong throughout the opening weekend.

Prabhas, Shraddha Kapoor, Neil Nitin Mukesh, Jackie Shroff and Chunky Pandey starrer opened on a tremendous note on Friday and registered the 3rd best opening of the year 2019 in Bollywood with 24.40 crores, while Bharat and Mission Mangal, which opened at 42.30 crore and 29.16 crore crore respectively.

Then on Saturday, Saaho showed a slight jump in footfalls post noon shows and raked the business of 25.20 crores. On the next day i.e. Sunday, with a further growth, the film bagged the amount of 29.48 crores and raised its first 3-days total collection to 79.08 crores from 3000 screens across India.

Including all the versions, Saaho had earned 68.10 crores on Friday, 54.10 crores on Saturday and 65.70 crores on Sunday. In 3 days, it has raked the business of 187.90 crores across India. Built on a massive budget of Rs 350 crore plus, the film is touted as the second most expensive film ever made in the country.